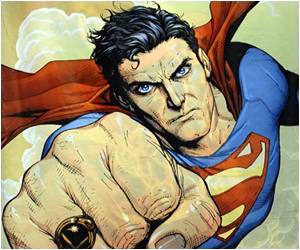 Following the decision of the publisher to appoint a noted anti-gay writer to pen the Man of Steel's latest adventures, comic giant DC has come under fire from Superman fans.

DC has commissioned Orson Scott Card, author of the award-winning and best-selling Ender's Game sci-fi series, to write for DC's Adventures of Superman series. The digital comic is set to be published in April, reports the Guardian.

The news has sparked a furious backlash from Card's critics. Card is a long-time critic of homosexuality and has called gay marriage "the end of democracy in America". In 2009 he became a board member of the National Organization for Marriage, a group that campaigns against same-sex marriage.

A film of Ender's Game, co-produced by Card and starring Harrison Ford, is set to be released in November.

Actor Michael Hartney, who describes himself as "as big a Superman fan as you'll ever meet", has written to DC voicing his concerns about Card. He said hiring Card would be an embarrassment to DC.

Petition website Allout.org has started a petition calling for DC to drop Card.

Dale Lazarov, a gay comic writer, said he has known Orson Scott Card to be a raging homophobe since the early 90s, adding that he would not buy or read his work.

DC declined to comment on the controversy. DC, owned by Warner Bros, has been making attempts to include LGBT characters in its superhero universe recently. Last year the company announced that Alan Scott, Green Lantern, was gay. Batwoman has been a lesbian since 2006.

This is not the first time that Card, a prominent member of the Church of Jesus Christ of Latter-day Saints, has stirred up controversy by taking on an icon. In 2011 his publisher was swamped with complaints after publishing a version of Hamlet in which the prince's father is a gay paedophile.

Superman and Batman to Combat Childhood Obesity
Researchers at Cornell University have suggested recruiting superheroes in combating the rising rates of obesity among children.
READ MORE 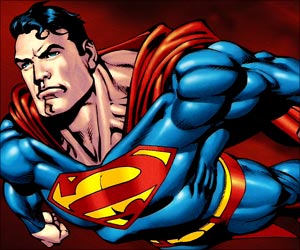 Filipinos Plastic Makeover to Become Superman!
A Philippine man obsessed with Superman has gone under the knife in a bizarre attempt to transform himself into his comic book hero, a report said Monday.
READ MORE