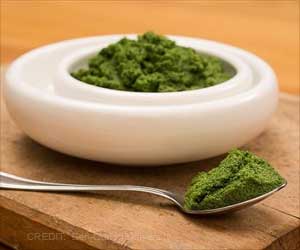 Mankai duckweed plant acts as a potential superfood and provides glycemic control after carbohydrate consumption, reports a new study. The findings of the study are published in Diabetes Care, the official journal of the American Diabetes Association.

Mankai, a new high-protein aquatic plant strain of duckweed, has significant potential as a superfood and provides glycemic control after carbohydrate consumption, a team of researchers from Ben-Gurion University of the Negev (BGU) has determined.

The blood sugar chart gives you the fasting glucose values and glucose tolerance test values for normal people and people with early diabetes and established diabetes. Also use the calculator to find out if you have diabetes.
Advertisement
‘Is duckweed plant a superfood? Yes, Mankai, a new high-protein aquatic plant strain of duckweed shows promise for blood sugar and appetite control.’
Tweet it Now

Hila Zelicha, a registered dietician (R.D.) and Ph.D. student in the BGU Department of Public Health and her BGU colleagues researched the glycemic aspect of Mankai duckweed.

Self-Monitoring Of Blood Glucose (SMBG) is one of the greatest advancements in the management of Diabetes.
Advertisement
The research group, led by Prof. Iris Shai, a member of BGU's S. Daniel Abraham International Center for Health and Nutrition and the School of Public Health, has found in several previous studies that Mankai duckweed has tremendous health potential as a superfood. This new research is a sub-study of the Dietary Intervention Randomized Controlled Trial - Polyphenols Unprocessed (DIRECT PLUS) which explores the effects of green- Mediterranean diet.

The Mankai duckweed aquatic plant is being grown in Israel and other countries in a closed environment and is highly environmentally sustainable - requiring a fraction of the amount of water to produce each gram of protein compared to soy, kale or spinach. It can also be grown year-round using hydroponic cultivation, which is another advantage.

Duckweed has been consumed for hundreds of years in Southeast Asia, where it is known as "vegetable meatball" due to its high-protein content -- more than 45% of the dry matter. It includes the complete protein profile of eggs, containing all nine essential and six conditional amino acids. In addition, Mankai is very rich in polyphenols, mainly phenolic acids and flavonoids (including catechins), dietary fibers, minerals (including iron and zinc), vitamin A, vitamin B complex, and vitamin B12, which is rarely produced by plants.

A previous duckweed study conducted by Alon Kaplan, a Ph.D. student in Prof. Shai's lab, published in Clinical Nutrition, showed that the absorption of the essential amino acids from Mankai was similar to the soft cheese and plant (peas) equivalent in protein content, reinforcing its role as a high-quality protein source. Also, the study suggested that Mankai is a unique plant source of vitamin B12.

Another study by the researchers in the Journal of Nutrition published earlier this year by BGU Ph.D. student Anat Yaskolka Meir R.D., indicates that a Mediterranean diet with Mankai, elevates iron and folic acid levels, despite low quantities of red meat. This study also determined that iron from Mankai was efficient in treating iron-deficiency anemia in anemic rats to the same degree as the common treatment.

It is the aggregation of all of these properties which seem to make the easily integratable, tasteless and odorless plant, a good candidate to become a superfood. Harvard University apparently agrees, Mankai smoothies were introduced in the Harvard School of Public Health cafeteria recently.

HbA1c calculator calculates average plasma and whole blood glucose levels. A1c test tells your average blood sugar level in the past 3 months and helps check whether your diabetes is in control.
Advertisement

Diverticulosis is characterized by sac-like outpouching in the intestinal wall. Inflammation of diverticula ...

Spirulina is a blue-green algae that is grown globally as a health supplement. Of late there is an effort to ...