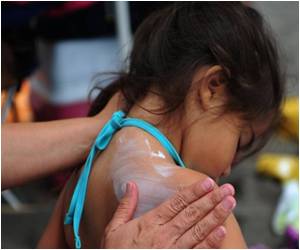 A dream vacation for most - summer, sun and the sea - can turn sour for those affected by lupus erythematosus.

For them, absorption of the UV-light component in sunlight may cause florid inflammation and redness of the skin. Scientists of the University Hospital Bonn, Germany have now discovered which signaling pathway of the innate immune system promotes autoimmune symptoms following sun-induced DNA damage. The results are now published online in the academic journal Immunity.

Lupus erythematosus (LE) is an autoimmune disorder in which the immune system erroneously attacks the body's own tissues. Where most people merely suffer sunburn, LE prone patients may develop severe redness and inflammation in sun-exposed skin. Immunologists of the University Hospital Bonn together with the Dermatologists Profs. Thomas Tüting and Jörg Wenzel have now discovered an immune mechanism that triggers LE skin lesions. We have shown how the UV component of sunlight may cause DNA damage in cells, and in consequence lead to an alarm response from the innate immune system", reports Dr. Winfried Barchet, head of the Emmy Noether-research team Immunorecognition of viral nucleic acids in the cytosol" at the Institute of Clinical Chemistry and Clinical Pharmacology at the university clinics of Bonn.

High-energy UV irradiation damages DNA in the nuclei of living cells that in consequence perish, and release the UV-altered DNA. In lupus patients this triggers a troublesome signaling cascade: The innate immune system usually detects viruses via their nucleic acids. Here however, this state of emergency is declared erroneously due to the crash in the body's own DNA," says Dr. Barchet. The majority of the innate immune receptors that detect viral nucleic acids and in consequence activate inflammatory immune defense mechanisms are now known.

For the induction of lupus symptoms, according to our data, the decisive role is played by the very recently discovered immune receptor cGAMP-Synthase (cGAS)", says Dr. Barchet. DNA released from dying cells is taken up by immune cells and then degraded by the enzyme TREX1. When the cellular DNA is UV damaged, however, TREX1 is ineffective according to the results of the Bonn researchers. Damaged DNA accumulates and activates the cGAS signaling pathway, thus ringing a false alarm for the immune system

The researchers were also able to support this concept with a mouse model in which a gene defect makes them prone to develop lupus-like autoimmune disease. When the immunologists injected DNA damaged by UV-light into the skin, the animals locally developed typical lupus symptoms: skin swelling and inflammation, infiltration of immune cells that eventually attacked skin tissue. Control injections of intact DNA, in contrast, did not cause such skin alterations.

These signaling events may explain why lupus patients are prone to UV-light induced skin lesions", says the researcher. This study is the first to implicate the cGAS receptor in this autoimmune disorder. Dr. Barchet envisions potential targets for novel lupus therapies: With a suitable inhibitor of the cGAS signaling cascade, it may become possible to suppress sunlight induced symptoms of the disease. On the other hand, it is puzzling why the immune system has evolved and maintained such a potentially harmful mechanism. We believe that in healthy individuals it must have an important function in the defense against pathogens that we would very much like to understand as well," says Dr. Barchet. 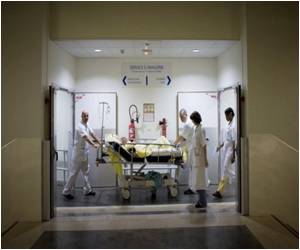 Scientists Explore Link Between Lupus and Increased Risk of Preeclampsia
Women with systemic lupus erythematosus have a higher risk of preeclampsia  a dangerous condition in which pregnant women develop high blood pressure and protein in their urine.
READ MORE

Vitamin D Supplements may Benefit Lupus Patients: Study
According to a recent study, vitamin D supplementation could be considered as an immunomodulatory agent for systemic lupus erythematosus (SLE).
READ MORE