Suicide Attempts By Every One In 12 Canadians With Migraine 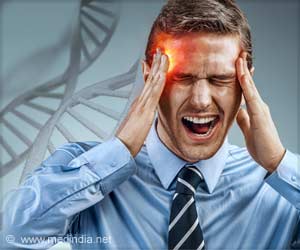 Adults suffering from migraine who had experienced sexual abuse during childhood were three times more likely to have attempted suicide, finds a new study. The odds of suicide attempts doubled in childhood physical abuse cases, and chronic parental domestic violence is linked to 67% increased odds of attempting to end one's life.

The lifetime prevalence of suicide attempts among individuals with migraines was 8.7% compared to 2.3% of those without the disorder, according to the study.

Advertisement
‘The findings of the study would hopefully help the clinicians improve the target and outreach to adults with migraine.’

"Even after taking into account most of the known risk factors for suicide attempts, those with migraines had 77% higher odds of having attempted suicide in comparison to those without migraines. Almost one-third (30%) of all Canadians who have attempted suicide are migraineurs," reported lead author Professor Esme Fuller-Thomson, Sandra Rotman Endowed Chair at the University of Toronto's Factor-Inwentash Faculty of Social Work and Director of the Institute for Life Course and Aging.


The study examined a representative sample of 21,744 community-dwelling Canadians, of whom 2,223 reported they had been diagnosed with migraines by a health professional. Data were drawn from the 2012 Canadian Community Health Survey-Mental Health.
Advertisement
"When we examined only the respondents with migraine, we found that a history of exposure to parental domestic violence, childhood sexual and physical abuse played a huge role, explaining 23% of the variability in suicide attempts. To put this number in context, most of the other known risk factors for suicide attempts including gender, race, age, education, household income, level of chronic pain, and history of substance dependence, anxiety disorder and depression cumulatively only explained 26% of the variability in suicide attempts," said co-author Gwyneth A. Hodgins, a recent University of Toronto Masters in Social Work graduate.

"Clearly those with migraine are an extremely vulnerable population. Knowledge of the added risk of suicide attempts associated with migraineurs with a high level of chronic pain, lower income and a history of adverse childhood experiences, substance dependence, anxiety disorders and depression will hopefully help clinicians improve targeting and outreach to this population," said Fuller-Thomson.