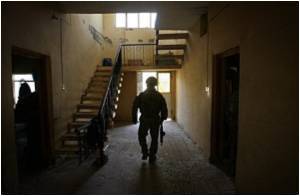 A study by a team of Spanish researchers at Mount Sinai Hospital and Columbia University in the City of New York has found that mutations in three genes could predispose people to suicidal behaviour.

The identification of the genes, which have barely been studied to date, could help to develop future genetic tests to identify predisposition to suicide, without ignoring the importance of social and cultural factors.

"There is ever-increasing evidence pointing to the important role played by genes in predisposing people to suicidal behaviour", said Mercedes Perez-Rodriguez, co-author of the study and a researcher at Mount Sinai Hospital in New York.


Research carried out to date shows that around 40 percent of the variability in suicidal behaviour could have a genetic basis.

The study was aimed to identify a model able to differentiate between people with and without a background of suicide attempts.

Depression is one of the most common mental disorders affecting approximately 340 million people in the world. No one is immune from depression - it occurs in people of all social classes, all countries and all cultural settings.
Advertisement
Instead of focusing on a few traditional candidate genes, the scientists examined a range of 840 functional single nucleotide polymorphisms (SNPs) present in 312 genes expressed in the brain.

"The SNPs were analysed in men with a diagnosed psychiatric illnesses, and the results are promising", said Perez-Rodriguez.

She described how her team was able to correctly classify 69 percent of the patients by using an algorithm based on three SNPs from three different genes.

"The predictive features of this algorithm for estimating suicide risk outperform those of all other models developed to date," she stressed.

In addition, the new model identifies three different neurobiological systems that could play a role in diathesis (organic predisposition) to suicidal behaviour.

The authors have suggested that the outcomes of this study could be used in future to create simple genetic tests of use in diagnosing and identifying patients prone to attempting suicide.

The study was published in the American Journal of Medical Genetics.

Andropause or male menopause causing low libido in a man is due to decreasing level of male hormones, like testosterone. Symptoms of andropause are depression, irritability.
Advertisement
<< Genes may Cause Digestive Disorder in Infants
Freedom of Movement Following Breast Cancer Surgery is Pre... >>