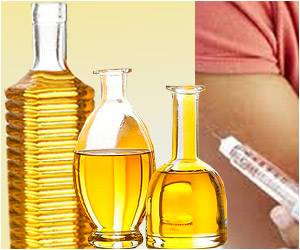 Providing a cost-effective alternative to the biodiesel produced from soya bean -- the current primary source of plant-based oils, US scientists have developed a new way to extract biodiesel from sugarcane.

Researchers from the University of Illinois at Urbana-Champaign altered sugarcane metabolism to convert sugars into lipids, or oils, which could be used to produce biodiesel. The natural makeup of sugarcane is typically only about 0.05 percent oil. But within a year of starting the project, the team was able to boost oil production 20 times, to approximately one percent.

Scarecrow - new gene isolated by Cornell University researchers could quell the ever growing challenge of feeding more humans, whose numbers are likely to bloat to 9.5 billion by 2050.
Advertisement
‘Oil cane with 20 percent oil in the stem, grown on under-utilised acres in the southeastern US, could replace more than two-thirds of the country's use of diesel and jet fuel.’

Subsequently, the so-called "oil-cane" plants were producing 12 percent oil. The ultimate goal is to achieve 20 percent. "If all of the energy that goes into producing sugar instead goes into oil, then you could get 17 to 20 barrels of oil per acre," explained Stephen P. Long, lead investigator on the project.


According to the researchers, soybeans in comparison only yield about one barrel per acre. "A crop like this could be producing biodiesel at a very competitive price, and could represent a perpetual source of oil and a very significant offset to greenhouse gas emissions as well," Long added.

For A Sugary Way Out Of Obesity!

Sugarcane extract could be a pleasant tool in the fight against obesity, Australian researchers believe.
Advertisement
"Modern sugarcane mills in Brazil shared with us all of their information on energy inputs, costs, and machinery. Then we looked at the US corn ethanol industry, and how they separated the corn oil. Everything we used is existing technology, so that gave us a lot of security on our estimates," Long said.

The analysis by the researchers, published in the journal Biofpr, showed that oil cane with 20 percent oil in the stem, grown on under-utilised acres in the southeastern US, could replace more than two-thirds of the country's use of diesel and jet fuel.

This represents a much greater proportion than could be supplied by soybean, even if the entire crop went to biodiesel production. Moreover, oil cane could achieve this level of productivity on a fraction of the land area that would be needed for crops like soybean and canola, and it could do so on land considered unusable for food crop production.

Bacteria to Produce Diesel on Demand

University of Exeter scientists have developed a new method to make bugs produce diesel on demand.