Sugar Really Does Make Us Sweeter 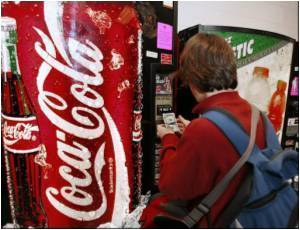 A recent study has it that sugar can really help us cope better with bad news.

It is believed that the sugar rush provides the brain with the fuel it needs to push away thoughts of blame and revenge, making it easier for us to forgive and forget.

Caloric Intake can be Reduced by Sugar Substitutes

People who consume low-calorie sweeteners are able to significantly reduce their caloric intake and do not overeat, a new study has said.
Advertisement

"These findings provide the first evidence that forgiveness depends on how efficiently the body uses glucose," the Daily Mail quoted researchers at the University of Kentucky as saying.


The researchers team looked at whether there was a link between symptoms of the most common type of diabetes and the ability to forgive.

Type 2 diabetes is linked to obesity and usually develops in middle age. Sufferers struggle to turn glucose, or sugar, into energy needed to fuel the brain.

Doctors and scientists have warned diabetic patients not to consume sugar free potatoes available in markets in Lucknow.
Advertisement
Four different experiments showed that men and women with the most symptoms of diabetes were less forgiving.

For instance, asked if they would seek revenge if someone gave away one of their secrets, they were most likely to want to retaliate.

They were more unwilling to help people who irritated them.

The researchers said it was likely the brain was short of the sugar it needed to keep vengeful impulses at bay.

The study has been published in the journal Personality and Individual Differences.

A Sugar Rush can Make You a Sweeter Person

As the adage goes, you are what you eat! Researchers at the Amsterdam University and Florida State University have established a relationship between sugar and a person's amiable personality.
Advertisement
Advertisement

Ramadhan calls for a change in your food habits, and to help you glide through it easily, here weve put down ...
This site uses cookies to deliver our services.By using our site, you acknowledge that you have read and understand our Cookie Policy, Privacy Policy, and our Terms of Use  Ok, Got it. Close
×