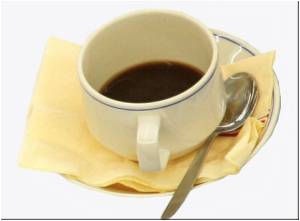 A new method to produce sugar from photosynthetic bacteria has been developed by researchers at the Wyss Institute for Biologically Inspired Engineering at Harvard and Harvard Medical School.

The innovation could reduce the carbon dioxide emissions associated with transporting sugar globally from producing countries; lead to greater availability of biodegradable plastics; and allow capture of harmful CO2 emissions from power plants and industrial facilities.


Because the production methods use photosynthesis - the process by which living things are assembled using only CO2 and sunlight the cost of making sugars, lactic acid, and other compounds would be significantly lower than traditional methods.

Organic Foods are produced by the 'natural method', without the use of chemicals like pesticides, fertilizers or sewage sludge.
Advertisement
Wyss Institute senior staff scientist Jeffrey Way, said: "What we're doing is using genetic engineering to get organisms to act the way we want them to-in this case producing food additives. These discoveries have significant practical implications in moving toward a green economy."

The findings of the research appear in Applied and Environmental Biology.

Investing 150 billion dollars in a green economy could not only boost the employment picture in the US, but also create new pathways out of poverty for many low-income workers in the country
Advertisement
<< Climate Change Halted by Painting Mountains White
Lawsuits in Pfizer Nigeria Case to Continue - US Supreme Cou... >>

More News on:
Shigellosis MRSA - The Super Bug Sugar: Time to Look beyond Its Sweetness Tips for Healthy Fasting During Ramadhan

Daily Calorie Requirements Blood Donation - Recipients Drug Interaction Checker How to Reduce School Bag Weight - Simple Tips Calculate Ideal Weight for Infants The Essence of Yoga A-Z Drug Brands in India Pregnancy Confirmation Calculator Noscaphene (Noscapine) Hearing Loss Calculator
This site uses cookies to deliver our services. By using our site, you acknowledge that you have read and understand our Cookie Policy, Privacy Policy, and our Terms of Use