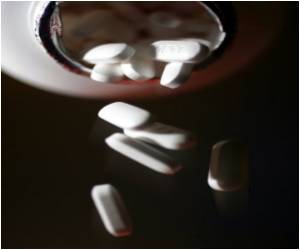 Researchers have revealed that a spoonful of sugar not only makes medicine easier to swallow, but it can also boost its effectiveness.

James Collins, a pioneering researcher in the new field of systems biology, is talking about his recent development of an effective, low-cost - and surprising - way to treat chronic bacterial infections, such as staph, strep, tuberculosis, and infections of the urinary tract.

He and his team of scientists discovered that a simple compound - sugar - dramatically boosts the effectiveness of first-line antibiotics.


Collins' approach consists of adding sugar to the antibiotic. The sugar acts as a stimulant, essentially turning on normal bacterial responses, such as dying when confronted by a killer antibiotic.

Using this strategy on E. coli bacteria, a common cause of urinary tract infections, the team was able to eliminate 99.9 per cent of the persisters within just two hours - compared to no effect without sugar.

The study has been published in the journal Nature.

Tuberculosis, caused by Mycobacterium tuberculosis, primarily affects the lung. It may spread to other organs.
Advertisement
<< Safer Drug for Women Undergoing Fertility Treatment Leads t...
Studies Reveal Why Cancer 'Smart Drugs' May Not Be So Smart >>

Did u ever think that bacteria are capable of speaking their mind? Well, it appears that they certainly do!
Advertisement
News A-Z
A B C D E F G H I J K L M N O P Q R S T U V W X Y Z
What's New on Medindia

Top 8 Herbs to Keep You Fit During Monsoon
News Archive
News Resource
Advertisement
News Category
Key To Hepatitis A Virus Replication Identified Can the Gut Microbiome Prevent Obesity and Diabetes? Monkeypox by Numbers: 5,322 Lab-Confirmed Cases In 53 Countries Improving Research on Diet and Dementia New Vaccine Protects against Influenza A Viruses
More News
Sign up for Wellness Consult a Doctor Sign up for Selfcare

More News on:
Drug Toxicity Sugar: Time to Look beyond Its Sweetness Natural Antibiotics to Fight Bacterial Infections Tips for Healthy Fasting During Ramadhan Top 8 Herbs to Keep You Fit During Monsoon