Substitutes May Help Smokeless Tobacco Users to Cut Back 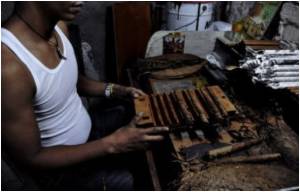 Tobacco chewers and snuff users who didn't want to quit changed their minds or significantly cut back when given nicotine lozenges or tobacco-free snuff, finds a new study.

Mayo researchers recruited 81 users of chewing tobacco or snuff with no intention of quitting in the next 30 days. Forty were given 4-mg nicotine lozenges and 41 received tobacco-free snuff to help cut back their smokeless tobacco use. They were asked to cut back 50 percent by one month and 75 percent by two months.


Both groups significantly reduced smokeless tobacco use in cans used per week and dips per day and sustained it through the end of the study.

About one-third of study participants continued using 75 percent less smokeless tobacco use 26 weeks after the study, and 12 percent of the participants quit using it completely.
Advertisement
"The reason why that is so striking and important to us is these patients had no intention of quitting," says addiction expert Jon Ebbert, M.D., a tobacco researcher at the Mayo Clinic Nicotine Dependence Center.

"Through the process of just reducing their tobacco, participants wanted to quit and were successful in doing so."

Long-term smokeless tobacco use is associated with cardiovascular disease and cancer.

The study has been published in the February issue of Addictive Behaviors.

Tobacco Menace and What can Be Done About It
Tobacco is perhaps the most common addiction all over the world, and a leading carcinogen producer....