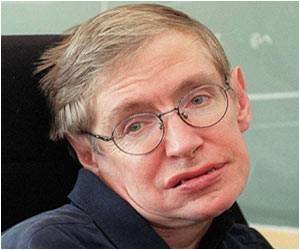 British physicist Stephen Hawking, now 70, was diagnosed with Lou Gehrig's disease at 21, and relies on a computerized device to speak. Engineers are investigating the use of brainwaves to create a new form of communication for Hawking and other people suffering from paralysis, reports the Daily Mail

Scientists at UCLA and the Technion, Israel's Institute of Technology, have unraveled how our brain cells encode the pronunciation of individual vowels in speech. Published in the Aug. 21 edition of Nature Communications, the discovery could lead to new technology that verbalizes the unspoken words of people paralyzed by injury or disease.

"We know that brain cells fire in a predictable way before we move our bodies," explained Dr. Itzhak Fried, a professor of neurosurgery at the David Geffen School of Medicine at UCLA. "We hypothesized that neurons would also react differently when we pronounce specific sounds. If so, we may one day be able to decode these unique patterns of activity in the brain and translate them into speech."


Fried and Technion's Ariel Tankus, formerly a postdoctoral researcher in Fried's lab, followed 11 UCLA epilepsy patients who had electrodes implanted in their brains to pinpoint the origin of their seizures. The researchers recorded neuron activity as the patients uttered one of five vowels or syllables containing the vowels.

Words And Their Worthiness

When Michael Jackson blew a kiss into the crowd and shouted 'Love You', the crowd went into raptures. Read on to find out the positive vibration of words.....
Advertisement
With Technion's Shy Shoham, the team studied how the neurons encoded vowel articulation at both the single-cell and collective level. The scientists found two areasthe superior temporal gyrus and a region in the medial frontal lobethat housed neurons related to speech and attuned to vowels. The encoding in these sites, however, unfolded very differently.

Neurons in the superior temporal gyrus responded to all vowels, although at different rates of firing. In contrast, neurons that fired exclusively for only one or two vowels were located in the medial frontal region.

"Single neuron activity in the medial frontal lobe corresponded to the encoding of specific vowels," said Fried. "The neuron would fire only when a particular vowel was spoken, but not other vowels."

At the collective level, neurons' encoding of vowels in the superior temporal gyrus reflected the anatomy that made speech possible-specifically, the tongue's position inside the mouth.

"Once we understand the neuronal code underlying speech, we can work backwards from brain-cell activity to decipher speech," said Fried. "This suggests an exciting possibility for people who are physically unable to speak. In the future, we may be able to construct neuro-prosthetic devices or brain-machine interfaces that decode a person's neuronal firing patterns and enable the person to communicate."

Mysterious Paralysis of Childhood Could be Better Understood Via Genetic Discovery