Experts have warned that three decades of safe-sex messages to gays have failed to stem the spread of HIV among that population. 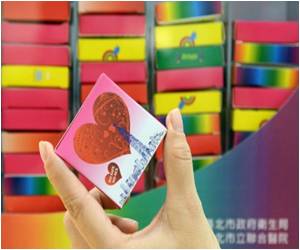 In a study published in The Lancet ahead of the International AIDS Conference opening in Washington on Sunday, they said that despite overall progress to tackle HIV around the world, the epidemic is growing among men who have sex with men (MSM).

"HIV remains uncontrolled in MSM in 2012," they said. "This reality demands reinvigorated effort, new approaches grounded in biology and epidemiology, and concerted effort to reduce the structural risks that aid and abet HIV spread in these men."

The paper said that "decades of research and community, medical and public-health efforts" had failed to brake a rise in HIV infections among homosexuals.

In the United States, Spain, Chile, Thailand, Malaysia and South Africa, as well as in several Africa and Caribbean countries, prevalence of the human immunodeficiency virus (HIV) among MSM is 15 percent or more, it said.

This figure is 18 times greater than for penile-vaginal intercourse, it said.

Attempts to influence behaviour among MSM, meanwhile, are flailing in the face of the social reality, that HIV infections among gays are transmitted swiftly through clustered networks and casual sex, it said.

Amphetamine drugs or deliberate avoidance of condoms may sometimes play a role, it added.

"Casual partnerships are... a substantial driver of the epidemic in MSM," warned the paper, headed by Chris Beyrer, a professor at the Johns Hopkins Bloomberg School of Public Health in Baltimore, Maryland.

Rolling back the MSM epidemic means diversifying tactics beyond encouragement of condoms, it said.

A stepped-up strategy would include use of antiretroviral drugs, both to reduce the infectiousness of men who already have HIV and to lower the risk for those who are uninfected, a new tactic called pre-exposure prophylaxis.

A rectal microbicide, which would kill or thwart the virus in infected semen, would also be a boon.

The study appears ahead of the 19th International AIDS Conference, gathering thousands of activists, policymakers and scientists in a six-day conference held every two years.

MSM is a general term coined by AIDS experts in 1992, applying to gays as well as to heterosexuals and bisexuals who have male-to-male sex.