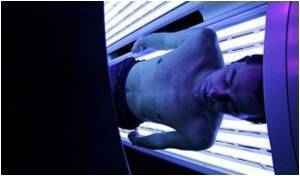 A study has shown that an experimental therapy targeting the protein that feeds certain types of advanced skin cancer has successfully shrunk tumors in up to 80 percent of test patients.

The orally-administered medication, called PLX4032, "shuts off" tumors by neutralizing a mutated gene called "BRAF" that feeds the cancerous growths.

"We have never seen an 80 percent response rate in melanoma, or in any other solid tumor for that matter, so this is remarkable," said Paul Chapman, senior author of the study and a doctor at Memorial Sloan-Kettering Cancer Center.


"Metastatic melanoma has a devastating prognosis and is one of the top causes of cancer death in young patients," said Keith Flaherty of the Massachusetts General Hospital Cancer Center and a lead author.

A list of Must Know Top 12 Cancer Facts of the World.
Advertisement
"Until now, available therapies were few and unreliable, so these findings can really change the outlook for patients whose tumors are fueled by this mutation."

The study, published in the August 26 edition of the New England Journal of Medicine, grew out of the discovery that BRAF mutations, which occur in roughly half of patients with melanomas, effectively feed and grow the tumors.

PLX4032 blocks the BRAF protein at the cellular level, allowing researchers to test whether starving the melanomas of the gene would shrink patients' tumors.

The research is potentially exciting news for the treatment of patients with advanced skin cancer. Early-stage melanomas can usually be successfully removed surgically, but few treatment options currently exist once the cancer has spread.

The only two drugs currently available on the US market help only between 10 to 20 percent of patients, and for those with advanced melanomas, the prognosis for survival is usually nine months or less.

The study released this week documents the results of two phases of tests involving PLX4032, the first to determine the optimum dose and the second to examine the drug's effectiveness.

During the first phase, 55 patients received gradually escalating doses that allowed scientists to determine that a twice-daily dose of 960 milligrams would be optimal.

The second stage involved 32 patients with BRAF-mutated melanomas, 26 of whom saw their tumors shrink more than 30 percent, including two whose tumors disappeared altogether.

The drug proved capable of shrinking metastatic tumors in the liver, small bowel, bone and thyroid and produced minor side-effects, the researchers said.

"One of the things that make these results truly remarkable is that this drug works so reliably," Flaherty said.

"And patients who have been experiencing symptoms like pain and fatigue begin to feel better within a week of starting treatment, giving them a much better quality of life."

The study acknowledged that many patients eventually developed a resistance to the therapy, with tumor suppression lasting anywhere from three months to two years.

They said they would examine long-term prospects for the therapy, including how it might be combined with other drugs to extend its capabilities against tumors, during a final, phase III trial.

"That is what we are trying to find out in the ongoing phase III trial. In the future, we hope to combine PLX4032 with other anti-melanoma drugs currently being developed."

Melanoma of the skin is a dangerous type of skin cancer that usually appears as a cancerous mole due to ...
This site uses cookies to deliver our services.By using our site, you acknowledge that you have read and understand our Cookie Policy, Privacy Policy, and our Terms of Use  Ok, Got it. Close
×