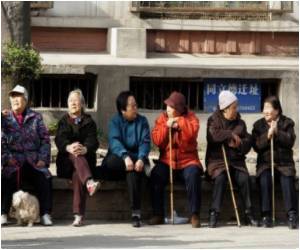 NYElderly beneficiaries enrolled in Medicare plans are more satisfied with their health insurance, have better access to care, and are less likely to have problems paying medical bills than people who get insurance through employers or those who purchase coverage on their own, according to a new Commonwealth Fund study published today in Health Affairs. The study also found that beneficiaries enrolled in private Medicare Advantage plans are less satisfied with their insurance than those with a traditional Medicare plan, and more likely to experience access problems.

A recent US survey says that a total of 46.3 million people in the United States do not have health coverage.
Advertisement

The study, "Medicare Beneficiaries Less Likely To Experience Cost- And Access-Related Problems Than Adults With Private Coverage," by Commonwealth Fund researchers Karen Davis, Kristof Stremikis, Michelle Doty, and Mark Zezza, finds that only 8 percent of Medicare beneficiaries rated their insurance as fair or poor, compared with 20 percent of adults with employer insurance and 33 percent who purchased insurance on their own. As the federal government weighs proposals to cut Medicare spending, the analysis, based on results from The Commonwealth Fund Biennial Health Insurance Survey of 2010, suggests shifting Medicare beneficiaries into private plans could put the elderly at greater risk for not getting needed health care and being less satisfied with their insurance.


The study finds that Medicare beneficiaries have better access to care and greater financial protection than adults with private coverage. In 2010 about one-fourth (23%) of Medicare beneficiaries went without needed health care because of costs, compared with 37 percent of those with employer coverage. Adults with employer-based insurance (39%) and individual insurance (39 %) reported medical bill problems at almost double the rate of Medicare beneficiaries (21 %). The study finds that while health care access and medical bill problems worsened for adults with all types of coverage over the past decade, Medicare continued to provide better coverage during that time period.

Companies in the US are struggling with a 113 percent rise in health insurance costs since 2001. They now want to reward employees for leading healthy lifestyles.
Advertisement
"Medicare continues to do better than employer-sponsored and individual plans when it comes to providing people with good access to health care and adequate protection from burdensome medical bills," said Stremikis, senior researcher at The Commonwealth Fund. "Policies designed to move the elderly out of Medicare and into private plans need to be carefully designed, so as not to expose beneficiaries to the poorer access to care currently experienced by many working-age adults with private insurance."

The study also found that although Medicare Advantage enrollees were less likely to spend 10 percent or more of their income on premiums and out-of-pocket costs, they were more likely to report cost-related access problems than elderly adults with traditional Medicare. Thirty-two percent of beneficiaries with Medicare Advantage reported at least one access problem due to cost, compared with 23 percent of those with traditional coverage. The authors say this may in part reflect Medicare Advantage beneficiaries' experience with private HMO plans that offer lower premiums in return for limited access to a smaller network of providers.

The authors conclude that "in the policy debates over the Federal budget deficit, the affordability of Medicare, and the expansion of health insurance through the Affordable Care Act, listening to the experiences of individuals, whether covered by Medicare or private employer insurance, is important." Given the more positive experiences of those covered by Medicare, states may want to consider offering traditional Medicare coverage to non-elderly individuals through the state exchanges to be set up in 2014.

"As we expand insurance and move toward near-universal coverage, it is imperative that we ensure health plans provide financial protection and good access to care," said Commonwealth Fund President Karen Davis. "The achievements of Medicare in fulfilling the goals of health insurance coverage for beneficiaries can provide important lessons for the entire U.S. health system."

MD247.com to Knock Out Health Insurance Companies Through Telemedicine

MD247.COM will soon launch telemedicine to knock out bureaucrats from health insurance companies and put 'a doctor in every home'.
Advertisement
<< Role of Public Reporting of Hospital-acquired Infection Dat...
Studies Detail How to Inspire Kids to Eat More Veggies >>

More News on:
Diseases Related to Old Age What is Medicare / Medicaid?

Drug Side Effects Calculator Post-Nasal Drip Nutam (400mg) (Piracetam) Diaphragmatic Hernia Noscaphene (Noscapine) Accident and Trauma Care Calculate Ideal Weight for Infants The Essence of Yoga Blood - Sugar Chart Drug Interaction Checker
This site uses cookies to deliver our services. By using our site, you acknowledge that you have read and understand our Cookie Policy, Privacy Policy, and our Terms of Use