Study Shows How Touch can Trigger Our Emotions 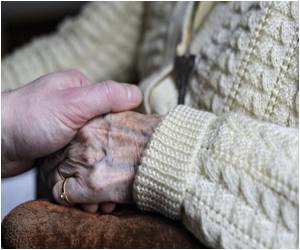 A system of slowly conducting nerves in the skin that respond to gentle touch has been identified by researchers. Using a range of scientific techniques, investigators are beginning to characterize these nerves and to describe the fundamental role they play in our lives as a social speciesfrom a nurturing touch to an infant to a reassuring pat on the back. Their work also suggests that this soft touch wiring may go awry in disorders such as autism.

The nerves that respond to gentle touch, called c-tactile afferents (CTs), are similar to those that detect pain, but they serve an opposite function: they relay events that are neither threatening nor tissue-damaging but are instead rewarding and pleasant.

"The evolutionary significance of such a system for a social species is yet to be fully determined," says first author Francis McGlone, PhD, of Liverpool John Moores University in England. "But recent research is finding that people on the autistic spectrum do not process emotional touch normally, leading us to hypothesize that a failure of the CT system during neurodevelopment may impact adversely on the functioning of the social brain and the sense of self."


For some individuals with autism, the light touch of certain fabrics in clothing can cause distress. Temple Grandin, an activist and assistant professor of animal sciences at Colorado State University who has written extensively on her experiences as an individual with autism, has remarked that her lack of empathy in social situations may be partially due to a lack of "comforting tactual input." Professor McGlone also notes that deficits in nurturing touch during early life could have negative effects on a range of behaviors and psychological states later in life.
Advertisement
Further research on CTs may help investigators develop therapies for autistic patients and individuals who lacked adequate nurturing touch as children. Also, a better understanding of how nerves that relay rewarding sensations interact with those that signal pain could provide insights into new treatments for certain types of pain.

Professor McGlone believes that possessing an emotional touch system in the skin is as important to well-being and survival as having a system of nerves that protect us from harm. "In a world where human touch is becoming more and more of a rarity with the ubiquitous increase in social media leading to non-touch-based communication, and the decreasing opportunity for infants to experience enough nurturing touch from a carer or parent due to the economic pressures of modern living, it is becoming more important to recognize just how vital emotional touch is to all humankind."

New Grasp of Soft Touch from Scripps Research Institute Scientists
The long standing mystery about the sense of touch has been unraveled by the scientists at The ......

Research Illuminates the Initial Sites for Sensing Touch
By solving a long standing scientific mystery, the common saying "you just hit a nerve" might need ....