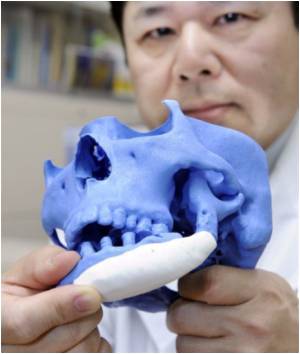 A possible explanation for the bone loss that may occur following long-term use of a medicine widely used to treat epilepsy, bipolar disorder, and other conditions is being reported by scientists.

The drug, valproate, appears to reduce the formation of two key proteins important for bone strength, they said. Their study, which offers a solution to a long-standing mystery, appears in ACS' monthly Journal of Proteome Research.

Glenn Morris and colleagues point out that use of valproate, first introduced more than 40 years ago for the prevention of seizures in patients with epilepsy, has expanded. Valproate now is prescribed for mood disorders, migraine headache, and spinal muscular atrophy (SMA), a rare genetic disease that causes loss of muscle control and movement. Many SMA patients develop weak bones as a result of the disease itself, making further bone loss from valproate especially undesirable. Doctors have known about the bone-loss side effect, but until now, there has been no molecular explanation.


In an effort to determine why bone loss occurs, the scientists profiled valproate's effects on more than 1,000 proteins in the cells of patients with SMA. They found that valproate reduced production of collagen, the key protein that gives bone its strength, by almost 60 percent. The drug also reduced levels of osteonectin, which binds calcium and helps maintain bone mass, by 28 percent. "The results suggest a possible molecular mechanism for bone loss following long-term exposure to valproate," the article notes.

Epilepsy is a medical condition where the brain cells fire abnormal electrical signals that physically manifests as a 'Seizure'. There should be two or more seizures before the term epilepsy should be used.
Advertisement

Bipolar Disorder is a brain disorder in which people show mood swings. Changes in the level of ...

Seizure or a convulsion is a result of abnormal electrical activity in the brain. If there are two or more ...

An electroencephalogram (EEG) detects electrical activity in the brain using electrodes attached to the ...

Renal osteodystrophy is mineral bone disorder due to prolonged kidney damage and failure. There is imbalance ...