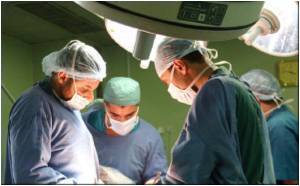 A study to be published online on July 5th in the Journal of Experimental Medicine says that antibody-producing B cells promote atherosclerosis in mice.

These findings came as a surprise, as prior studies had suggested that B cells help protect against the disease.

An international team of researchers, led by Ziad Mallat of the Paris Cardiovascular Research Center and the Division of Cardiovascular Medicine at the University of Cambridge, found that getting rid of B cells protected against atherosclerosis in mice. The protective effect was attributed to the increased production of an immune protein called interleukin-17, which was previously shown to hamper atherosclerosis in mice. Additional work is needed to understand how interleukin-17 interferes with the development of atherosclerotic lesions.


These findings raise the possibility that B cell-depleting drugs, currently used to treat patients with inflammatory disorders like rheumatoid arthritis, may also reduce their risk of atherosclerosis.

Atherosclerosis is a condition in which the arteries become hard and narrow, leading to restricted blood ...