Study Says Standing on a Staircase Makes You Age Faster 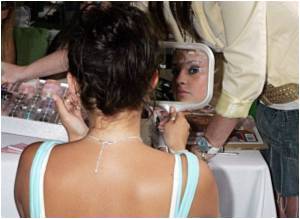 Research has revealed that Einstein's theories of relativity affect earthbound distances and time frames, which simply put means, a clock speeding away from an observer will appear to tick slower than a stationary clock.

The equations of relativity also predict that gravity similarly slows down, or dilates, time.


"So if you are experiencing stronger gravitational pull, then your time is going to go slower," National Geographic News quoted James Chin-Wen Chou of the National Institute of Standards and Technology (NIST) as saying.

Encyclopedia section of medindia gives general info about Magnetic Resonance Imaging
Advertisement
Using two ultra precise atomic clocks, Chou and colleagues showed that lifting one clock by only about a foot (33 centimeters) above the other creates enough of a gravitational difference that the higher clock ticks slightly faster.

However, the NIST scientists note that these effects are much too small for humans to perceive directly-adding up to approximately 90 billionths of a second over a 79-year lifetime.

"It's not a road to youth," said Daniel Kleppner at the Massachusetts Institute of Technology.