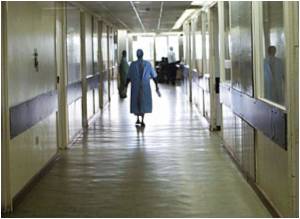 The first direct indication that smog is bad for heart has been provided by an early test on rats.


The study found that exposure to ground-level ozone over several weeks increased the activity of a substance that triggers cell death in the heart.


Ozone becomes a major component of smog when it forms near the ground through reactions between sunlight, nitrogen oxides and hydrocarbons from fossil fuels and industrial processes.

"Several epidemiological studies have linked air pollution to the development of cardiovascular disease, but air pollution contains hundreds of chemicals and those studies were unable to separate out the effects of individual components," Rajat Sethi, an assistant professor in the Department of Pharmaceutical Sciences at the Texas A and M Health Science Center Irma Lerma Rangel College of Pharmacy in Kingsville, Texas said.

"Our study looked for direct evidence of the role of ozone alone in cardiac dysfunction by creating a controlled environment," he added.

The study found that the hearts of the O3-exposed rats had increased levels of tumor necrosis factor-alpha (TNF a), an indication of inflammation compared to hearts of the control rats. Increased TNF a levels have been linked to a drop in levels of a heart-protective protein called Caveolin-1 (Cav1). Scientists believe Cav1 protects the heart by binding to a chemical called p38MAPK alpha (p38MAPK a), which is known to be a cell death signaling chemical, Sethi said.

The researchers found that Cav1 levels decreased in the hearts of rats exposed to O3 compared to the hearts of control rats who breathed filtered air.

"We believe the decreased levels of Cav1 make more unbound 38MAPK a available for telling the heart cells to die. That link between Cav1 and O3 has never been shown in the heart," Sethi said.