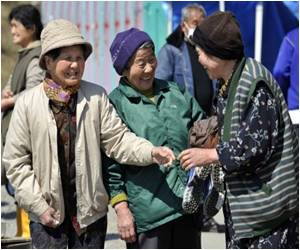 A new study suggests being short could actually make you live longer than your peers.

"We split people into two groups - those that were 5-foot-2 and shorter, and 5-4 and taller," Dr. Bradley Willcox, one of the investigators for the study and a Professor in the University of Hawaii (UH) John A. Burns School of Medicine's Department of Geriatric Medicine said.


"The folks that were 5-2 and shorter lived the longest. The range was seen all the way across from being 5-foot tall to 6-foot tall. The taller you got, the shorter you lived," he said.
Advertisement
Researchers at the Kuakini Medical Center, the UH John A. Burns School of Medicine and U.S. Veterans Affairs worked on the study.

"This study shows for the first time, that body size is linked to this gene," Dr. Willcox said.

The study is published in PLOS ONE, a peer-reviewed medical journal.

Source: ANI
Advertisement
<< Going an Extra Mile may Have No Additional Benefit
Cancer Cells Circulating in the Blood can be Tracked by New... >>

French President Surrounds Himself by 20 'Short People' to 'Look Tall'
Known for being over sensitive about his height, French President Nicolas Sarkozy reportedly made .....

Link Between Genetic Deletions and Short Stature
Recent study published in the December issue of the American Journal of Human Genetics sugges...

Longevity Gene may Boost Brain Power: Study
KLOTHO a variant of a longevity gene improves brain skills such as thinking, learning and memory ......

Self-Forgiveness Linked to Longevity
There is a very close link between a person's ability to deal with stress and their long-term ......