Study Says Prostate Most Common Form of Cancer Among Men 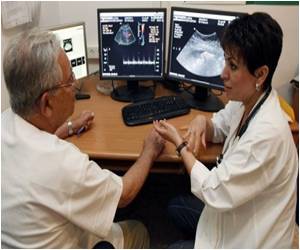 According to a recent study, one in eight men develop prostate cancer at some point during their life.

Government figures show that this is the most common cancer among men in England, with 34,900 new cases diagnosed in 2010, accounting for 26 percent of all new occurrences of cancer in males, the Daily Express reported.

This equates to 106 new cases per 100,000, according to the Office for National Statistics.

Sir Roger Moore, at the age of 65 in 1993, faced one of his worst fears when he discovered he had the disease. The movie actor, now 85, made a full recovery.

Prostate cancer is the second most common cause of male cancer deaths after lung cancer, causing 13 percent of fatalities.

But despite the rising number of men being diagnosed with the disease, it is killing less - with the mortality rate dropping since 1992.

Death rates had been increasing steadily until then from 1971.

Experts claim the figures are a result of advances in testing and treatment.

Unlike most forms of cancer, younger patients are more likely to die from prostate cancer.

Source: ANI
Advertisement
<< Scientists Discover Origin of Aggressive Ovarian Cancer
Waking Up in the Morning Could be a Struggle Due to Slow Bo... >>