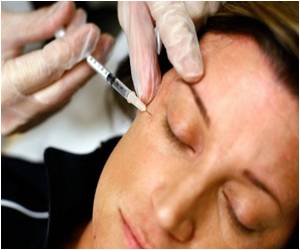 A new study gives an idea of just how many years people might be able to take off if they have plastic surgery.

In a recent study, raters examining before-and-after photos of facelift patients thought the patients looked younger, on average, than they looked before their surgeries.


In the case of one Canadian doctor's patients, they look 7.2 years younger, LA Times reported.


According to the researchers from the University of Toronto in Canada and the NorthShore University Health System in Evanston, Ill., some plastic surgeons "tend to use the terms more youthful and more refreshed, but precise quantification of these attributes has remained elusive."

Hoping to come up with "an objective measure of surgical success", and not have to depend solely on patient-reported satisfaction to assess the success of cosmetic surgery procedures, the researchers asked first-year medical students to view pictures of 60 patients (54 women and six men, age 45 to 72) upon whom one of the physicians, Dr. Peter A. Adamson, had operated.

Of the surgical patients, 22 had facelifts and neck lifts only, 17 also had surgery on their upper and lower eyelids and 21 had the first two procedures as well as forehead lifts.

The 40 medical-student "raters" were divided into four groups of 10. Each group viewed the same set of randomized patient photos - 30 pictures for each group, including photographs from before and six months after surgery - and provided estimated ages for the patients.

Patients who had more procedures generally looked younger, the raters reported. For patients in the first group, who had facelifts only, perceived age fell 5.7 years; in the facelift and eyelid group, it fell 7.5 years and in the group that also had forehead lifts it fell 8.4 years.

In other words, at least when it comes to Adamson's patients, it's not just surgery recipients who seem to think they look younger - plausibly younger, the surgeons suggested.

"Our results show a modest but significant reduction in perceived age after aesthetic facial surgery," the co-authors wrote.

"Although motivations for aesthetic surgery may vary, a prevailing concept includes the desire to achieve a more youthful appearance while maintaining one's unique attributes and identifying characteristics. Given these expectations, a mean 7.2-year reduction in perceived age is indeed consistent with this goal," they added.

Hair Restoration
Surgical and medical hair restoration can help really 'restore' all the hair you have lost.
READ MORE