Study Says Male, Female Parts in Plants 'Talk in the Same Way as Cells Do in Your Brain' 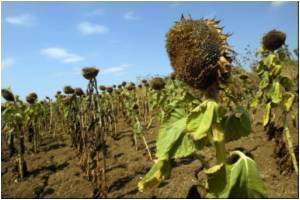 Biologists have observed regular oscillations in several parameters that control growth of pollen tubes, such as pH and calcium ions for many years now. But the actual molecular channels that control these oscillations and their physiological output have remained elusive.

Now, researchers have discovered that pollen, the organ that contains the plant male gametes, communicate with the pistil, their female counterpart, using a mechanism commonly observed in the nervous system of animals.

This study not only reveals a new mechanism that underlies reproduction in plants, but also opens an exciting new avenue in the study of how cell-cell communication is conserved between animals and plants.


Led by Jose Feijo, group leader at the Instituto Gulbenkian de Ciencia (IGC), Portugal, and professor at Lisbon University, this international team has now discovered that the oscillations of calcium ions in the growing pollen tubes of tobacco and the weed Arabidopsis are facilitated by channels called Glutamate receptors-like (GLRs), and that these channels are opened by, amongst other components, a rare aminoacid, D-serine (D-Ser).

An active brain can certainly help in improving memory by strengthening the connections between neural impulses in brain.
Advertisement
Both D-Ser and GLRs are key molecular players in cell-cell communication in the animal central nervous systems, at various levels - they play a central role in memory and learning processes in the brain, and have been implicated in a wide range of neurodegenerative diseases such as multiple sclerosis, Alzheimer, Huntington's disease and others.

And now, surprisingly, they also have a role in reproduction of plants.

The researchers used an extensive combination of genetic, pharmacologic and electrophysiological techniques to reveal the role of glutamate receptor-like (GLRs) genes and D-serine in pollen grains, and their physiological impact on plant reproduction.

In proving that GLRs are calcium channels, the team also solved two long-standing riddles in plant biology - the molecular nature of calcium channels in the outer membrane of plant cells, a central question in plant physiology elusive for more than 20 years, and what are the functions of GLRs genes in plants, a fact that has puzzled biologists ever since the first genome of the model plant Arabidopsis was sequenced.

Plant reproduction is a complex and highly coordinated process.

Pollen grains, which contain the plants' male gametes (sperm cells), are carried from the male organ of the flower (the stamen) to the female organ (the pistil).

Here the pollen germinates and grows a pollen tube, which extends and is guided to the ovary, where it releases the sperm. The sperm fuse with the egg cells, giving rise to an embryo, part of the seed.

The new study strongly suggested that D-serine, produced in the female sexual organs might have a role in guiding pollen tubes to their final target.

Our findings, implicating analogous genes in growth processes in both plants and animals, underscores how evolution re-uses successful mechanisms, over and over again. We feel that our research, performed in Arabidopsis and tobacco, now opens doors for the study of conserved cell-cell communication processes, across plant and animals species," he added.

The study will be published this week in Science Express.

Brain tumors are the abnormal growth of brain cells that may be benign or metastatic. Brain tumors account for about 2.4% of all the tumor diagnosesandare most challenging due to their critically delicate location.
Advertisement
<< Expert Says Mental Impact of Japan Disaster Will be Felt 'F...
Vitamin A Plays Key Role >>

Study Says Male, Female Parts in Plants 'Talk in the Same Way as Cells Do in Your Brain' Personalised Printable Document (PDF)