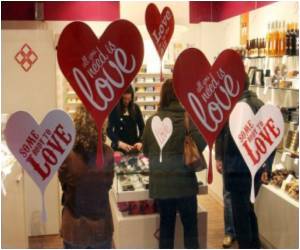 Majority of Chinese women have a conditional attitude towards love and marriage and are reluctant to date poor men, reveals study.

Nearly 80 percent of female respondents expressed that man earning less than 4,000 yuan (635 dollars) a month should not start a relationship.

Over a quarter of women who polled, expected to date men with a monthly income of 10,000 yuan or more, China Daily reported.


According to Lu Xiongyu, who works at an import-and-export company in Beijing, it was only fair that women should want to date men earning 4,000 yuan a month or more.
Advertisement
"Living costs are high in big cities and love cannot be sustained without enough bread," the 27-year-old said.

On the other hand, not every woman puts a condition on a man's economic status while looking for romance.

"Love is not a trade and a lot of women don't need to economically rely on men for a decent life," said Hu Heng, a 25-year-old resident in Guangzhou, Guangdong province.

The survey, which took into consideration more than 50,000 people nationwide aged from 20 to 60, was jointly conducted by the China Association of Social Workers and Baihe.com, a major dating and matchmaking website in China.

What Happens in the Workplace Apart from Work - Romance
Office seems to be a happening place for romance as love very much seems to be in the air at the ......

Marriage and Committed Romance can Buffer Against Stress, Says Study
Having that long-term commitment alters hormones in a way that reduces stress, a new study has ......

Chinese Women May Get a Few More Years With Their Jobs
The Chinese labour authority is trying to delay the retirement age for women, according to a top ......