Study Says Hallucinations are Caused by a Transient Form of Blindness

A new experimental approach to studying hallucinations as they occur has been introduced by a scientist.

Using a combination of brain imaging methods in normal subjects, the UK researcher has harnessed the technique to examine localized changes in brain activity and changes in brain connections during hallucinations.

Dominic H. ffytche, an expert at the Institute of Psychiatry in London, has revealed that using the novel approach on normal subjects has, so far, provided them with some significant insights into hallucination.


"We observed increases in activity in visual brain regions. Increases in visual connection strength and an alteration in relationship between visual relay and receiving stations, together suggesting that hallucinations were caused by a transient form of 'blindness'," says ffytche.

The work attains significance because the chances of capturing changes in any brain area via a scanning experiment have been small to date, as one cannot anticipate when a hallucination will occur.

The study also highlights the need to consider the hallucinating brain from a wider perspective than previously thought.

Changes in both localized brain activity and in connections between brain areas occur during hallucinations, raising further questions as to how these changes interact with pre-existing abnormalities in patients susceptible to hallucinations. 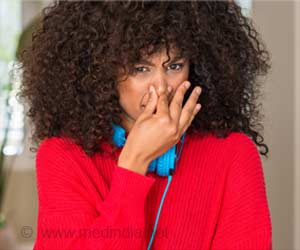