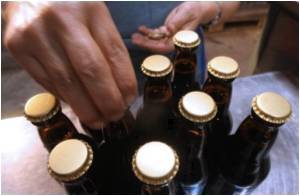 Victims of severe traumatic elder abuse are more likely to be female, suffer from a neurological or mental disorder, and to abuse drugs or alcohol, says a new research.

"Past studies have shown that alcohol abuse by the perpetrator plays a substantial role and is strongly associated with physical abuse," says Lee Friedman, assistant professor of environmental and occupational health sciences at the University of Illinois at Chicago and lead author of the study. "Our findings indicate that alcohol abuse among the victims may be an important contributing factor as well."

Twenty-nine percent of abuse victims in the study tested positive for alcohol, compared to 13 percent of controls.


Local researchers examined medical record data at two Chicago-area Level I trauma units from 41 cases of elder abuse and compared them to a random set of other over-60 patients between 1999 and 2006.

The research is published in the March issue of the Journal of the American Geriatrics Society.

Alcohol and driving do not mix. Drunken driving is the cause of many deaths in the world.
Advertisement
<< Research Says Protein Could be Used to Protect Pancreas fro...
Access to Life Saving Drugs in Developing Countries may be ... >>