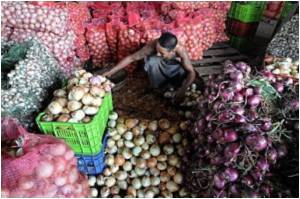 Researchers have said that the black-eyed pea, one of the world's oldest cultivated vegetables, is also one of the most promising as a nutritious food product.

Locally known as the "niebe", and also called the cowpea, the vegetable is good for both human beings and livestock, according to the Senegalese Institute of Agricultural Research (ISRA), which has helped organise the four-day conference.

At a time when most African countries are seeking to reduce their dependence on imported rice or wheat, participants at the Fifth World Cowpea Research Conference plan to present promising research into this food product.


In Senegal, where the niebe is well-known like elsewhere in west Africa, it is called "the meat of the poor" because of its high protein content. The bean is eaten in fritters, in stews and sometimes mixed into bread.
Advertisement
According to an ISRA document, "the mature grain contains 23-25 percent protein, 50-67 percent starch, and B vitamins including folic acid, which is important in preventing malformation in newborn babies. The grain is also rich in essential micro-elements, such as iron, calcium and zinc."

Stockbreeders keep the stalks, which are also rich in proteins and make good forage for their cattle.

"It is difficult to imagine a more perfect culture, in particular for Africa," the International Institute of Tropical Agriculture (IITA), based in Nigeria, said in a statement. The IITA is co-organising the Senegal conference with ISRA and Purdue University of the United States.

"Cowpeas provide strong yields, even in hot and dry conditions, and scientists are developing ever more resilient varieties," the IITA stated on its website.

"And as climate change turns up the heat in sub-Saharan Africa, there is growing concern that production of current staples such as maize and rice will fall or even collapse in some areas, requiring so-called 'climate-ready crops' like cowpeas to fill the void," added the institute.

Even the plants' roots are appropriate for impoverished African soils, which they infuse with nitrogen.

In Dakar, at his House for Consuming Senegalese Products, Aissatou Diagne Deme has long worked with the cowpea, at the same time as locally grown cereals or the fruit of the baobab tree.

"We produce niebe powder which is 100 percent locally consumed," Deme said, during a visit to his workshop which employs 52 people. The powder is used in cakes, fritters, grilled food and baby products.

A plan is afoot to test bread rolls that will be 85 percent wheat and 15 percent cowpea on pupils at a school in the Senegalese capital.

"A decline in students' grades has been noticed, which is attributed to insufficient nutrition for the pupils," said the director general of the Institute of Food Technology (ITA) in Senegal, Ababacar Ndoye.

"We thought of linking milk (which is already distributed) to a bread based on wheat flour, the niebe and groundnuts, which have a high energy value," he added.

"One reason cowpeas are not as widely cultivated as corn or rice is that storage of dried peas is complicated by a tiny reddish-brown beetle, the cowpea weevil, that rapidly reproduces in traditional grain sacks and renders the food inedible," the IITA said.

In Saly, south of Dakar, scientists from Purdue University and Niger?s Institute of National Agriculture Research will report on a bid to provide African farmers with a simple storage technology, comprising a three-layer plastic bag that shuts off the oxygen needed for a "weevil population explosion", added the IITA.