Study Reveals the Cause Behind Homophobia 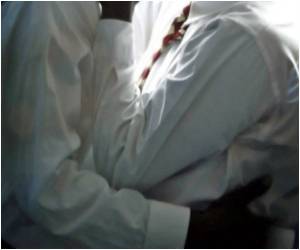 Homophobia has been linked to a repressed same-sex attraction that stems from parents who forbade such desires, psychology studies reveal.

The study is the first to document the role that both parenting and sexual orientation play in the formation of intense and visceral fear of homosexuals, including self-reported homophobic attitudes, discriminatory bias, implicit hostility towards gays, and endorsement of anti-gay policies.

"Individuals who identify as straight but in psychological tests show a strong attraction to the same sex may be threatened by gays and lesbians because homosexuals remind them of similar tendencies within themselves," explained Netta Weinstein, a lecturer at the University of Essex and the study's lead author.


"In many cases these are people who are at war with themselves and they are turning this internal conflict outward," added co-author Richard Ryan, professor of psychology at the University of Rochester who helped direct the research.

Is there a shift in social attitude towards homosexuals and HIV infected people in India. Find out about this and other aspects in an exclusive interview with Anjali Gopalan of Naz Foundation, Delhi.
Advertisement
The findings provide new empirical evidence to support the psychoanalytic theory that the fear, anxiety, and aversion that some seemingly heterosexual people hold toward gays and lesbians can grow out of their own repressed same-sex desires, Ryan said.

The results also support the more modern self-determination theory, developed by Ryan and Edward Deci at the University of Rochester, which links controlling parenting to poorer self-acceptance and difficulty valuing oneself unconditionally.

The findings may help to explain the personal dynamics behind some bullying and hate crimes directed at gays and lesbians, the authors argued. Media coverage of gay-related hate crimes suggests that attackers often perceive some level of threat from homosexuals. People in denial about their sexual orientation may lash out because gay targets threaten and bring this internal conflict to the forefront, the authors wrote.

The authors wrote that this dynamic of inner conflict may be reflected in such examples as Ted Haggard, the evangelical preacher who opposed gay marriage but was exposed in a gay sex scandal in 2006, and Glenn Murphy, Jr., former chairman of the Young Republican National Federation and vocal opponent of gay marriage, who was accused of sexually assaulting a 22-year-old man in 2007.

"We laugh at or make fun of such blatant hypocrisy, but in a real way, these people may often themselves be victims of repression and experience exaggerated feelings of threat," said Ryan.

"Homophobia is not a laughing matter. It can sometimes have tragic consequences," Ryan said, pointing to cases such as the 1998 murder of Matthew Shepard or the 2011 shooting of Larry King.

Across all the studies, participants with supportive and accepting parents were more in touch with their implicit sexual orientation, while participants from authoritarian homes revealed the most discrepancy between explicit and implicit attraction.

"In a predominately heterosexual society, 'know thyself' can be a challenge for many gay individuals. But in controlling and homophobic homes, embracing a minority sexual orientation can be terrifying," explained Weinstein.

These individuals risk losing the love and approval of their parents if they admit to same sex attractions, so many people deny or repress that part of themselves, she said.

In addition, participants who reported themselves to be more heterosexual than their performance on the reaction time task indicated were most likely to react with hostility to gay others, the studies showed.

That incongruence between implicit and explicit measures of sexual orientation predicted a variety of homophobic behaviors, including self-reported anti-gay attitudes, implicit hostility towards gays, endorsement of anti-gay policies, and discriminatory bias such as the assignment of harsher punishments for homosexuals, the authors concluded.

The study had several limitations, the authors wrote. All participants were college students, so it may be helpful in future research to test these effects in younger adolescents still living at home and in older adults who have had more time to establish lives independent of their parents and to look at attitudes as they change over time.

The research will be published in the April issue of the Journal of Personality and Social Psychology.