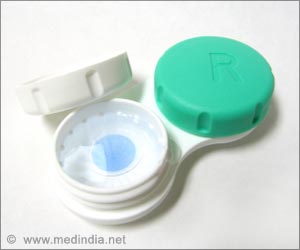 A team of material scientists, chemical engineers and physicists has successfully grown liquid crystal flowers out of sand granules that could be used as complex lenses.

Not just this. This unique technique could help produce complex dragonfly-like eyes containing millions of spherical lenses that are easier, faster and cheaper to achieve.

The team of scientists used silica beads, which are basically polished grains of sand, and planted in a pool of transparent liquid crystal.


They then generated patterns of petal-shaped bumps that look like flowers but function as lens, said the study published in the journal Physical Review.
Advertisement
The new findings are seen as a step towards making "directed assembly" - a new nanotech dream when all the complex, tiny parts can just manufacture themselves - possible.

Shu Yang also suggested that lens construction could be incorporated into futuristic metamaterials such as an acoustically invisible cloak. This type of directed assembly could be useful in making optical switches and in other applications.

Amblyopia
Amblyopia is the loss of one eye''s ability to see details. Amblyopia is otherwise known as lazy ......

Clear the Blur-Tips to Boost Your Eye-Q
Eye problems may present as blurry vision or simply a minor headache, but they can affect your life ...

Eye Twitching - Blepharospasm
Uncontrolled muscle twitching occurs in this condition, though benign it may need further ......

Grains
Grains make the foundation of good nutrition. The food guide pyramid shows that you need generous am...