Study Reveals How Starvation Effects Get Passed on to Generations 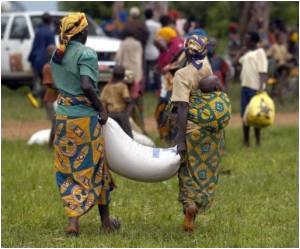 A new study has revealed how starvation induces specific changes in so-called small RNAs and that these changes are inherited through at least three consecutive generations.

Apparently this happens without any DNA involvement. The researchers from Columbia University Medical Center (CUMC), who looked at starved roundworms for six days and then examined their cells for molecular changes, found that the starved roundworms generated a specific set of small RNAs.

Small RNAs are involved in various aspects of gene expression but do not code for proteins, but these RNAs persisted for at least three generations, even after the worms were fed normal diets.


Lead researcher Oliver Hobert said that they know from other studies that small RNAs can be transported from cell to cell around the body, so it's conceivable that the starvation-induced small RNAs found their way into the worms' germ cells-that is, their sperm or eggs.
Advertisement
He added that when the worms reproduced, the small RNAs could have been transmitted generationally in the cell body of the germ cells, independent of the DNA.

The findings do suggest that people should be aware of how certain environmental impacts can affect future offspring, as these changes can have long-term impacts on the health of an organism.

The study was published online in the journal Cell.

Link Between Immunity and Cells' Starvation Response Revealed
In history, one of the most effective vaccines has been the yellow fever vaccine, which was ......

Link Between Tumor Suppressors and Starvation Survival Suggested By CU Study
A study finds that a particular tumor suppressor gene that fights cancer cells does more than clamp ...