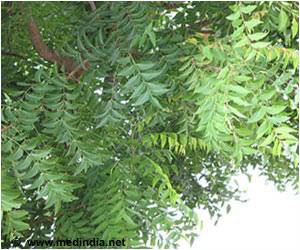 Plants create networks of air channels, the lungs of the leaf to transport carbon dioxide to their cells, said experts led by the Institute for Sustainable Food at the University of Sheffield.

Botanists have known since the 19th century that leaves have pores - called stomata - and contain an intricate internal network of air channels. But until now it wasn't understood how those channels form in the right places in order to provide a steady flow of CO2 to every plant cell.

Advertisement
‘Wheat plants have been bred by generations of people to have fewer pores on their leaves and fewer air channels, which makes their leaves more dense and allows them to be grown with less water.’

The new study, led by scientists at the University of Sheffield's Institute for Sustainable Food and published in Nature Communications, used genetic manipulation techniques to reveal that the more stomata a leaf has, the more airspace it forms. The channels act like bronchioles - the tiny passages that carry air to the exchange surfaces of human and animal lungs.


In collaboration with colleagues at the University of Nottingham and Lancaster University, they showed that the movement of CO2 through the pores most likely determines the shape and scale of the air channel network.
Advertisement
The discovery marks a major step forward in our understanding of the internal structure of a leaf, and how the function of tissues can influence how they develop - which could have ramifications beyond plant biology, in fields such as evolutionary biology.

This new insight highlights the potential for scientists to make staple crops like wheat even more water-efficient by altering the internal structure of their leaves. This approach is being pioneered by other scientists at the Institute for Sustainable Food, who have developed climate-ready rice and wheat which can survive extreme drought conditions.

Professor Andrew Fleming from the Institute for Sustainable Food at the University of Sheffield said: "Until now, the way plants form their intricate patterns of air channels has remained surprisingly mysterious to plant scientists.

"This major discovery shows that the movement of air through leaves shapes their internal workings - which has implications for the way we think about evolution in plants. "The fact that humans have already inadvertently influenced the way plants breathe by breeding wheat that uses less water suggests we could target these air channel networks to develop crops that can survive the more extreme droughts we expect to see with climate breakdown."

Dr Marjorie Lundgren, Leverhulme Early Career Fellow at Lancaster University, said: "Scientists have suspected for a long time that the development of stomata and the development of air spaces within a leaf are coordinated. However, we weren't really sure which drove the other. So this started as a 'what came first, the chicken or the egg?' question.

"Using a clever set of experiments involving X-ray CT image analyses, our collaborative team answered these questions using species with very different leaf structures. While we show that the development of stomata initiates the expansion of air spaces, we took it one step further to show that the stomata actually need to be exchanging gases in order for the air spaces to expand. This paints a much more interesting story, linked to physiology."

The X-ray imaging work was undertaken at the Hounsfield Facility at the University of Nottingham. The Director of the Facility, Professor Sacha Mooney, said: "Until recently the application of X-ray CT, or CAT scanning, in plant sciences has mainly been focused on visualising the hidden half of the plant - the roots - as they grow in soil.

"Working with our partners in Sheffield we have now developed the technique to visualise the cellular structure of a plant leaf in 3D - allowing us to see how the complex network of air spaces inside the leaf controls its behaviour. It's very exciting."

13-Year-Old Develops Technique to Protect Crops from Bacteria
A student of Jorhat, Ahmad has become the first student from Assam to win a national level ......