Study Reveals a New Gene Mutation That may Cause Diabetes 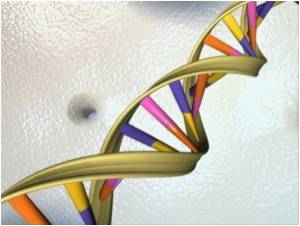 Study shows that a single gene mutation may lead to development of type 1 diabetes and other autoimmune diseases.

The research began when Marc Donath, M.D., endocrinologist and researcher at the University Hospital Basel in Switzerland, discovered an interesting pattern of autoimmune disease within the family of one of his patients, a 26-year-old male who had recently been diagnosed with T1D.

The patient showed an uncommonly strong family history of T1D; his sister, father, and paternal cousin had also been diagnosed earlier in their lives. Additionally, another family member had developed ulcerative colitis, also an autoimmune disease.


"This pattern of inheritance was indicative of dominant genetic mutation, and we therefore decided to attempt to identify it," Dr. Donath said.

Four years of analysis using three different genotyping and sequencing techniques pointed to a mutation on the SIRT1 gene as the common indicator of autoimmune disease within the family.
Advertisement
The SIRT1 gene plays a role in regulating metabolism and protecting against age-related disease. To gain more understanding of how this genetic change in SIRT1 leads to T1D, Dr. Donath and his team performed additional studies with animal models of T1D.

When the mutant SIRT1 gene found in the families was expressed in beta cells, those beta cells generated more mediators that were destructive to them. Furthermore, knocking out the normal SIRT1 gene in mice resulted in their becoming more susceptible to diabetes with greatly increased islet destruction.

Dr. Donath speculates that the beta cell impairment and death due to the SIRT1 mutation subsequently activates the immune system toward T1D.

"The identification of a gene leading to type 1 diabetes could allow us to understand the mechanism responsible for the disease and may open up new treatment options," Dr. Donath explained.

The study was recently published in Cell Metabolism.

Gene Mutations may Play Role in Increasing Risk of Cardiovascular Disease
Scientists in Finland have shown that mutations in a gene called upstream transcription factor 1 ......

Gene Mutations Linked To Ciliopathies, Says Research
A link between mutations in the INPP5E gene and ciliopathies has been established by an ......