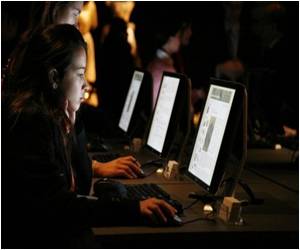 A survey has revealed that children as young as 9 are indulging in very risky behaviour online.

Many children between 9 and 11 are sharing personal information and playing games rated for much older children, the survey drawn up by the ISC2 IT security education group found.

According to the BBC, the survey found that 18 percent of the 1,162 children questioned said they had arranged offline meetings with friends made through the web.


Meanwhile, a second survey suggested that 55 percent of young people in England accept cyber bullying as part of everyday life.

The survey exposed the amount of time that younger children were spending online and what they got up to.
Advertisement
It found that 43 percent went online everyday and 46 percent spent more than two hours each time they browsed.

The most popular online activities among kids were playing video games, 23 percent, using social networks at 18 percent and watching videos at 17 percent.

Source: ANI
Advertisement
<< Scientists Discover Flu Virus Infecting Host Wipes Out Immu...
Do You Think There are Spirits in Your Home? US Based Site ... >>

How to Choose the Best Eczema-Friendly Moisturizer for Children?
View all
News Archive
News Resource
Advertisement
News Category
Harm Reduction in Current Tobacco Control Treaty  WHO's Critique Tobacco Epidemic Continues and is Far From Endgame Summer Camps: Safety Not Always a Priority for Most Parents International Tea Day: 5 Destinations to Celebrate This Day Internet Addiction: Root Causes and Prevention
More News
Sign up for Wellness Consult a Doctor Sign up for Selfcare