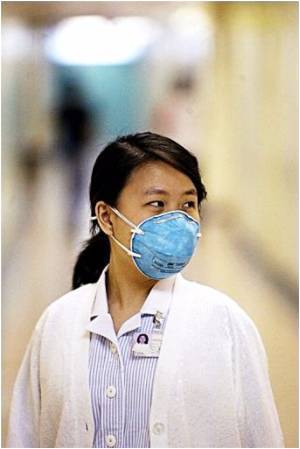 Studying the genetic make-up of MRSA, the multi-drug resistant bacteria, will help to fight the increasing incidents of staph infections.

The bacteria has sprung from hospitals to assail healthy people, infecting millions of people and killing tens of thousands in the United States and around the world each year.

The pathogens have been subject of discussion for some 12,000 specialists meeting here since Sunday, with experts warning MRSA bacteria infections could be overtaken by the toxic CA-MRSA strain that can target people with no identifiable pre-disposing risk factors.


"Several reports suggest that CA-MRSA may be replacing the hospital-acquired MRSA strains, with potentially catastrophic consequences," said Matteo Bassetti of Italy's San Martino Hospital in Genova, at the 50th annual meeting of the Interscience Conference on Antimicrobial Agents and Chemotherapy (ICAAC).

Genetic testing helps to confirm a genetic condition in an individual and involves q complex laboratory techniques
Advertisement
"CA-MRSA in the US, it's a very big problem. In Europe, it's not yet a big problem but we will probably see, in the next five to 10 years, a similar situation than in the US," Matteo told reporters on the sidelines of the ICAAC.

The so-called "community-associated" strain of methicillin-resistant Staphylococcus aureus, CA-MRSA first emerged in the late 1990s in the United States.

Bassetti, noting its "virulent" nature, said the superbug's novel genetic profile has enabled it to spread even quickly through communities.

In contrast to the MRSA variety, the toxin can devastate otherwise healthy children and young adults, with the United States' National Institutes of Health identifying the main US strain USA300 as appearing to have "extraordinary transmissibility and fitness."

Its speed of transmission, quickness of infection, stand out against regular MRSA, and can worsen the risk of death -- at times from the dreaded necrotizing fasciitis, commonly known as flesh-eating bacteria syndrome that infects deep under skin tissue.

The strain causes about 19,000 deaths each year in the United States, according to official statistics -- a worse death rate than AIDS. In the European Union, over three million people are infected annually and thousands die.

However "given the rapid spread and the high virulence of CA-MRSA, global strategies are needed," Matteo urged.

Henry Chambers of the San Francisco branch of the University California said the CA-MRSA's unique transmissibility comes down to its new genetic profile and "genetic elements that can shared across strains."

The race to crack the genetic code is needed to better understand how to fight back against the resistant bug, experts said as they described it in terms of a moving target, which is extremely hard to pin down.

"Mobile genetic elements play in the biology of these organisms, so it's not simply dealing with a clone or a strain, it's dealing with a genetic repertoire of easily shared elements," Chambers said of difficulties facing the effort.

A MRSA infection with a reduced susceptibility to the antibiotic drug vancomycin is linked to high mortality, scientists have revealed.
Advertisement
Advertisement