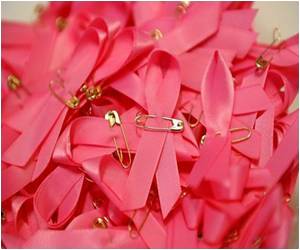 21,626-person study noted that the five-year survival rate for children and adolescents with acute lymphoblastic leukemia (ALL), the commonest childhood cancer, bettered from 83.7 percent in those diagnosed during the years 1990-1994, to 90.4 percent for those diagnosed in the years 2000-2005. The study was published in the Journal of Clinical Oncology.

"The improved survival is due to using existing drugs better, not because of the introduction of new drugs. We're indebted to all the families who choose to join these clinical trials, allowing us to optimize these combinations," says Stephen Hunger, MD, investigator at the University of Colorado Cancer Center, professor of pediatrics at the University of Colorado School of Medicine, and director of the Center for Cancer and Blood Disorders at Children's Hospital Colorado, the study's lead author.

Data included all patients aged 0-22 years who received treatment on a Children's Oncology Group clinical trial, between 1990 and 2005. These patients represented an estimated 55.8 percent of ALL cases diagnosed in the United States during this period.


"I wonder how much more we could improve therapy for, say, breast cancer if half of all women with that disease were enrolled in clinical trials," Hunger says.
Advertisement
Additional findings include significant improvements in survival for African American patients with ALL, which narrowed the racial survival gap. Also, the only group in which survival didn't increase during this period was infants less than one year old, whose decrease in death from leukemia relapse was offset by an increase in treatment-related mortality.

"In early 1960s this disease was incurable," Hunger says. "Then in the late 1960s, the cure rate was 10 percent. Now almost 90 percent of children and adolescents diagnosed with ALL will be cured. Still, a 90-percent survival rate is little consolation to the 10 percent of families whose child doesn't survive. There's still more work to be done."

According to Hunger, this work is likely to take two forms: predicting high-risk ALL patients early enough to affect treatment decisions, and the development of new, targeted therapies.

For example, adding the drug imatinib (gleevec) to the treatment of children with ALL that have a specific alteration known as the Philadelphia chromosome nearly doubled survival. In the next ten years, Hunger hopes similarly targeted drugs will chip away at the remaining 10 percent ALL mortality.

"I actually met a person last year who was one of the first kids cured at Children's Hospital, in the late 1960s - he's my age and works at the airport," Hunger says. "He talked about watching most of the children he met with ALL die. Now almost all will live."

For Hunger and other members of his group, "almost all" is not enough.

Source: Eurekalert
Advertisement
<< Recession Has Made No Impact on Gambling in Crisis-hit Ital...
Pressure to Improve the Numbers of Colonoscopy Screenings m... >>

Improvement in Long-term Survival Among Children With Acute Lymphoblastic Leukemia
A study by the Children's Oncology Group (COG) has revealed the marked improvement in long-term ......