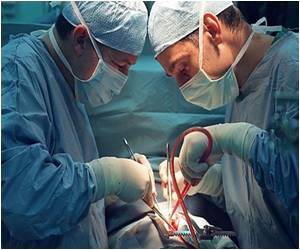 According to a study, rates of hospitalization and death were substantially increased during outbreaks of norovirus gastroenteritis vs. non-outbreak periods. The study included more than 300 Medicare-certified nursing homes. The study is appearing in the October 24/31 issue of JAMA. The study is being published early online to coincide with its presentation at the ID (infectious disease) Week meeting.

"In the United States, nursing homes annually provide care to approximately 3.3 million residents' and 22 percent of all deaths occur in these settings. Gastroenteritis outbreaks are common in nursing homes in high-income countries. Annually, more than 1,000 outbreaks of acute gastroenteritis are reported by nursing homes to U.S. public health agencies, and this likely represents only a fraction of the actual number due to underreporting. Although nearly half of all reported nursing home gastroenteritis outbreaks are never etiologically [the cause] confirmed because of challenges in performing diagnostic testing, norovirus is implicated in 86 percent of etiologically confirmed outbreaks," according to background information in the article. Because hospitalizations and deaths are common among the vulnerable, elderly population in nursing homes, it is difficult to ascertain if there is actually a greater number of these events during norovirus outbreaks.


Tarak K. Trivedi, B.S., a 4 th year medical student at the University of Chicago Pritzker School of Medicine, and colleagues conducted a study to assess the association between norovirus outbreaks and excess all-cause hospitalization and mortality in nursing homes. The study included 308 Medicare-certified nursing homes in Oregon, Wisconsin, and Pennsylvania that reported at least 1 confirmed or suspected norovirus outbreak to the Centers for Disease Control and Prevention's National Outbreak Reporting System (NORS), January 2009 to December 2010. Deaths and hospitalizations occurring among residents of these nursing homes were identified through the Medicare Minimum Data Set (MDS). Rates of all-cause hospitalization and mortality during outbreak periods were compared with rates during non-outbreak periods, after adjusting for seasonality.

"In conclusion, we detected a consistently increased risk of hospitalization and death from all causes during norovirus outbreaks among residents in nursing homes from 3 U.S. states. As a next step, research should be directed to determine if this increase is directly attributable to norovirus infection and subsequent disease resulting from gastroenteritis. Additionally, more detailed information is necessary to understand the specific contributory causes and comorbidities of norovirus-associated deaths. Given the lack of diagnostic testing in sporadic illness, outbreaks may provide the best opportunities for identifying such associations between norovirus disease and deaths," the authors write.

"At present, strategies for averting these severe outcomes include general treatment for dehydration and infection control to prevent and control outbreaks. More targeted interventions would be welcome and in light of recent progress with a norovirus vaccine, these results highlight a setting and population that may benefit if efficacy and safety of immunization can be demonstrated."

Health insurance guarantees payments to a person in the event of sickness or injury.and works as protection scheme
Advertisement
<< Pointing the Way to New Cancer Therapies Are Cold Viruses
Using Cell-based Strategy To Treat Vascular Disorders >>

This policy has been designed to cater to the needs of Senior Citizens. It covers Hospitalization and Domiciliary Hospitalization Expenses under Section I as well as expenses for treatment of Critical Illnesses, if opted for, under Section II.
Advertisement
News A-Z
A B C D E F G H I J K L M N O P Q R S T U V W X Y Z
What's New on Medindia

Nursing Home Care
News Archive
News Resource
Advertisement
News Category
Milestone In Voluntary Blood Donation Achieved Samsung Reinvents Toilet for the Poor Which is a Better Form of Exercise: Daily or Weekly? First Phase of Foot-and-Mouth Disease Vaccination Shocking News: Polio Cases Return After a Decade in the US
More News
Sign up for Wellness Consult a Doctor Sign up for Selfcare