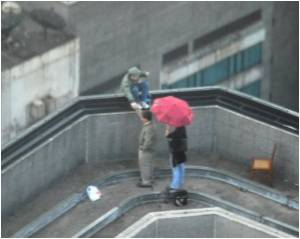 A new study has revealed that about 51 per cent of people in Britain check work emails every day while on holiday and as many as 38 per cent call the office because of fear of losing job in the recession.

According to the study, a third surveyed said that working on holiday had made the break less enjoyable, while 15 per cent said it had caused an argument with their partner, the Daily Mail reported.

Recession Tales: 16-17-Year-Olds Most Satisfied With Their Lives

An official inquiry has found that teens in Britain are most satisfied with their lives despite the economic turmoil.
Advertisement

Work addiction, or the inability to switch off and leave work at the office when they hit the beach, is caused by increased job insecurity, and enabled by technologies such as mobile internet access on phones and laptops abroad, it said.


Earlier studies have found that spending too long in the workplace- over 8 hours a day- resulted in up to 80 percent greater chance of heart disease.

Further it is understood that long working hours also increased the risk of dementia later in life. The effect was similar in magnitude to that of smoking, the study, conducted by travel website TripAdvisor, noted.

Thanks To Recession, Cats and Brits Now Eat The Same Food!

Britons struggling to cope with the ongoing recession are munching on a new delicacy - cat food. Pollack, once popular as a food for cats, has stormed up the seafood charts .
Advertisement
<< Glaciers Cracking Due to Presence of Excessive Carbon Dioxi...
Novel Treatment for Autoimmune Diseases Might Be Offered By... >>

One out of four Britons are unemployed following recession.

Recession Forces Numerous British Pubs To Pull Down Their Shutters

Xenophobia
News Archive
News Resource
Advertisement
News Category
Parents are 'Winging It' on Their Kids' Mobile Use Ankle and Ankle Movements While Riding an Hoverboard Is It Healthy to Let Your Mind Wander? Walk Till it Hurts: Good News for Peripheral Artery Disease Patients Plus Size Models and Social Media: Where Do They Fit In?
More News
Sign up for Wellness Consult a Doctor Sign up for Selfcare

Sinopril (2mg) (Lacidipine) Color Blindness Calculator Calculate Ideal Weight for Infants Post-Nasal Drip Sanatogen Diaphragmatic Hernia Selfie Addiction Calculator Drug Side Effects Calculator How to Reduce School Bag Weight - Simple Tips Accident and Trauma Care
This site uses cookies to deliver our services. By using our site, you acknowledge that you have read and understand our Cookie Policy, Privacy Policy, and our Terms of Use