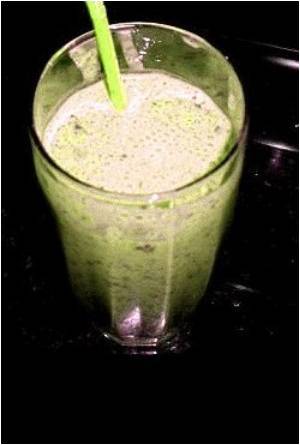 The brain - which serves as a master control for body weight - reacts differently to fructose compared with another common sweetener, glucose, new research at Oregon Health and Science University has demonstrated.

The dietary concerns of too much fructose is well documented. High-fructose corn syrup has become the sweetener most commonly added to processed foods. Many dietary experts believe this increase directly correlates to the nation's growing obesity epidemic.

"We know from animal models that the brain responds uniquely to different nutrients and that these responses can determine how much they eat," said Jonathan Purnell, an associate professor of medicine (endocrinology, diabetes and clinical nutrition) in the OHSU School of Medicine.


"With newer technologies such as functional MRI, we can examine how brain activity in humans reacts when exposed to, say, carbohydrates or fats. What we've found in this case is that the brain's response to fructose is very different to the response to glucose, which is less likely to promote weight gain."

Childhood obesity is one of the most serious health challenges in the developing countries and needs to be understood and tackled effectively.
Advertisement
Functional MRI allows researchers to watch brain activity in real time. To conduct the research, nine normal-weight human study subjects were imaged as they received an infusion of fructose, glucose or a saline solution. When the resulting brain scans from these three groups were compared, the scientists observed distinct differences.

Brain activity in the hypothalamus, one brain area involved in regulating food intake, was not affected by either fructose or glucose. However, activity in the cortical brain control areas showed the opposite response during infusions of the sugars. Activity in these areas was inhibited when fructose was given but activated during glucose infusion.

This is an important finding because these control brain areas included sites that are thought to be important in determining how we respond to food taste, smells, and pictures, which the American public is bombarded with daily.

"This study provides evidence in humans that fructose and glucose elicits opposite responses in the brain. It supports the animal research that shows similar findings and links fructose with obesity," added Purnell.

"For consumers, our findings support current recommendations that people be conscious of sweeteners added to their drinks and meals and not overindulge on high-fructose, processed foods."

The research is published in the online edition of the journal Diabetes, Obesity and Metabolism and will appear in the March print edition.

Over 1 billion people world-wide are obese thus affecting their health due to their nutrition and lifestyle. 3.9% of India's population is obese! Know more about obesity and its prevention.
Advertisement
<< Obese People Motivated to Slim Down If Paid to Do So
Nursing Standard Survey Shows Reduction in the Number of Mi... >>