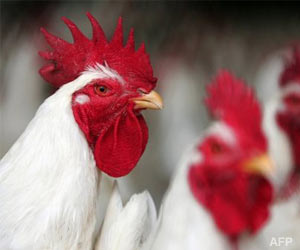 Bird diseases like bird flu and West Nile virus can have a vast impact on humans.Thus, understanding bird immune systems can help people in a variety of ways, including protecting ourselves from disease and protecting our interests in birds as food animals.

An important element in the immune system of many animals' immune systemsincluding mammals, reptiles, amphibians, and most animals with a backboneis a protein called tristetraprolin, or TTP. TTP plays an anti-inflammatory role, largely through keeping another protein, called tumor necrosis factor alpha (TNF), in check. Studies have shown that mice bred without TTP develop chronic inflammation that affects their entire bodies. Even animals missing TTP in just one immune cell type develop a catastrophic and deadly inflammation when they're exposed to tiny amounts of a molecule from bacteria, underlying the importance of this protein. And yet, researchers have not been able to find TTP in birds.

Could birds really be that different from the vast majority of their closest animal relatives? To answer that question, researcher Perry Blackshear and his colleagues at the National Institute of Environmental Health Sciences conducted a comprehensive examination, using several different methods to look for TTP in birds. Their results suggest that birds are truly an anomaly, having no analog for TTP in their immune systems.


Their article is entitled "Life Without TTP: Apparent Absence of an Important Anti-Inflammatory Protein in Birds". It appears in the Articles in PresS section of the American Journal of Physiology: Regulatory, Integrative, and Comparative Physiology, published by the American Physiological Society.
Advertisement
MethodologyThe researchers performed a comprehensive search to look for TTP in birds using several different approaches, to include databases of bird genomes in order to look for sequences of bird genes that were similar to other animals' genes for TTP. They also exposed chicken cells to protein from other animals and a molecule from bacteria, both scenarios that stimulate TTP production in other animals, looking directly for TTP production. Finally, they looked at which genes were active when these chicken cells were exposed to the foreign proteins and bacteria molecule to see if any genes were the chicken version of TTP.

ResultsDespite this wide-ranging search, the study authors didn't find any bird analog to TTP. Though their genomic searches turned up sequences for close relatives in the same protein family as TTP in birds and all the other animals they compared, they couldn't find any bird version of TTP in bird genetic databases. Tests showed that the chicken cells they studied didn't produce TTP when exposed to foreign animal proteins or a bacterial molecule. Additionally, these cells had no evidence of active genes during these tests that appeared to be for TTP production.

Importance of the FindingsThese findings suggest that, surprisingly, birds are missing this protein that is so pivotal to their closest relatives' immune systems. To better understand how birds combat disease, the authors say, researchers will need to figure out how birds handle the same immune challenges differently compared to mammals, reptiles, and other animals that make TTP.

"From an immunological standpoint," the authors say, "it will be both interesting and important to determine how birds cope differently with the environmental and microbiological assaults that stimulate the acute innate immune response in mammals. This will be important to understand, both to protect birds from infections, and to protect man from bird-transmitted" viruses.