Study Finds Oz Smokers Being Shunned in Their Own Homes 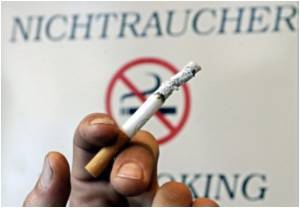 Smokers are increasingly being shunned even in their own homes, an Australian study has found.

The research by the NSW Government and the University of Sydney found that 91.9 percent of the state's population aged 16 and over live in households where smoking is not allowed indoors.

So less than nine per cent of people live in houses where smoking is allowed.


But 17 percent of people aged 16 and over are smokers, so the figures suggest many smokers are no longer allowed to smoke in their own homes.

This follows a 30-year trend that began in 1976 with the banning of smoking on buses and trains, and more recently with bans on smoking in bars, restaurants and in the workplace, the university says in a statement.

Encyclopedia section of medindia briefs you about the History of Tobacco
Advertisement
Dr Andrew Penman, CEO of the Cancer Council of NSW, has welcomed the findings, saying they show that smoking is becoming less socially acceptable.

"These latest findings suggest that even family members of smokers are insisting that smokers' homes are not their castles when it comes to smoking indoors in the privacy of the home," News.com.au quoted Dr Penman as saying in the statement.

The 91.9 percent figure for smoke-free households continues an uninterrupted trend since 1997, when fewer than 70 percent of households were smoke-free.