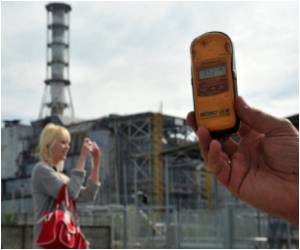 Workers who helped clean up after the 1986 Chernobyl nuclear power plant accident in Ukraine share a significant increased risk of developing leukemia, a study has claimed.

In a Journal, Environmental Health Perspectives, an international team led by scientists at the University of California, San Francisco (UCSF) and the Chernobyl Research Unit at the Radiation Epidemiology Branch of the National Cancer Institute describes the increased risks of leukemia among these workers between 1986 and 2006.

Chronic Lymphocytic Leukemia (CLL) is one of the most common types of adult leukemia and is considered as one of the 'good cancers'.
Advertisement

The risk included a greater-than-expected number of cases of chronic lymphocytic leukemia, which many experts did not consider to be associated with radiation exposure in the past.


The new study, including 110,645 workers, is the largest and longest study to date involving Chernobyl cleanup workers who worked at or near the nuclear complex in the aftermath of the accident.

Leukemia is cancer of blood-forming tissues in the body.
Advertisement
The team of scientists found that overall, there were 137 cases of leukemia among the workers over the 20-year span of the study, and 16 percent of those cancers were attributable to the Chernobyl radiation exposure.

The findings shed light on the thorny issue of estimating cancer risk from low doses of radiation.

It is an issue of importance to miners, nuclear workers and anyone who is chronically exposed to low levels of radiation at work or patients who receive sizeable radiation doses when undergoing medical diagnostic tests.

Find a Doctor Calculate Ideal Weight for Infants Color Blindness Calculator Sanatogen Loram (2 mg) (Lorazepam) Blood Pressure Calculator Pregnancy Confirmation Calculator A-Z Drug Brands in India Drug Interaction Checker Find a Hospital
This site uses cookies to deliver our services. By using our site, you acknowledge that you have read and understand our Cookie Policy, Privacy Policy, and our Terms of Use