Study Finds HIV Virus in Monkeys Much Older Than Thought 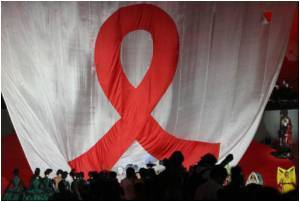 A new study says that an HIV-like virus that infects monkeys is thousands of years older than previously thought and its slow evolution could have disturbing implications for humans.

"If it took thousands of years for SIV to evolve into a primarily non-lethal state, it would likely take a very long time for HIV to naturally follow the same trajectory," a statement from Tulane University said.


The work led by researchers from Tulane and the University of Arizona included a genetic analysis of SIV strains found in monkeys on Bioko, an island off the coast of what is now Cameroon which split off the continent of Africa after the ice age more than 10,000 years ago.

Encyclopedia section of medindia gives general info about HIV Clinical Features
Advertisement
The study, published in the September 17 issue of the journal Science, calls into question previous DNA sequencing data that estimated the virus's age at only a few hundred years.

"The biology and geography of SIV is such that it goes from the Atlantic Ocean to the Indian Ocean all the way to the tip of Africa," said virologist Preston Marx of the Tulane National Primate Research Center and a co-leader of the research.

"It would take many, many thousands of years to spread that far and couldn't have happened in a couple of hundred years."

Marx tested his theory that SIV had ancient origins by seeking out DNA samples from monkey populations that had been isolated for thousands of years.

The researchers found four different strains of SIV that were genetically divergent from those found on the mainland. They compared DNA sequences of the viruses with the assumption that they were tracking how both evolved over 10,000 years.

The computer modeling showed the rate of mutation to be much slower than previously thought, indicating that virus is between 32,000 and 75,000 years old to have evolved to its current state. These dates set a new minimum age for SIV, although it is likely to be even older, Marx says.

Researcher Michael Worobey of the University of Arizona said this slow evolution from a deadly virus to a relatively harmless suggests AIDS may continue to be a killer.

"If HIV is going to evolve to lower virulence, it is unlikely to happen anytime soon," he said.

But the scientists said the study also raises new questions about how HIV became an epidemic. It remains unclear why, if humans had been exposed to SIV-infected monkeys for thousands of years, the HIV epidemic only began in the 20th century.

"Something happened in the 20th century to change this relatively benign monkey virus into something that was much more potent and could start the epidemic. We don't know what that flashpoint was, but there had to be one," Marx said.