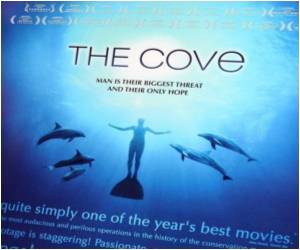 Japanese researchers said Friday they had found high mercury levels in residents of the dolphin-hunting town of Taiji, featured in the Oscar-winning documentary "The Cove", but no cases of related illness.

The toxic heavy metal is concentrated in the food chain and can be absorbed by humans when they eat predator species such as dolphin, whose meat has been served in shops and, in the past, school lunches in Japan.

A survey of some 1,000 Taiji residents found high mercury levels in the hair of some, but found no-one who had fallen ill as a result, Koji Okamoto, the director of the National Institute for Minamata Disease, told AFP.


"Out of 1,000 people we surveyed, there were some people whose hair had high levels of methyl mercury," he said. "Then we examined some 200 people including these people. But we found no neurological cases of methyl mercury toxicity."

Detailed study results will be released in a town hall meeting in the southwestern fishing town on Sunday, he said.

Taiji hit the global spotlight with the release last year of the hard hitting eco-documentary "The Cove" on its annual dolphin hunt, which was shot in part using hidden cameras and highlighted the mercury threat.

The film, which featured graphic footage of the sea mammals being harpooned to death, angered local fishermen, who say dolphin hunting is part of their culture and who slammed the covert techniques of the film crew.

The film won the Academy Award for best documentary this year.

Methyl mercury was behind Japan's worst industrial pollution disaster, in which a factory dumped the toxin into the bay of Minamata in southwestern Japan from the 1950s, poisoning the marine habitat and the local population.

Victims suffered spasms, seizures and loss of sensation and motor control that impaired their ability to walk and speak. Babies were born with nervous system damage and other mental and physical deformities.

As Mass Spill Looms, Fishermen Fear for Catch
Even as the oil spill threatens to get out of hand, fishermen are fearing for their catch as well as livelihood.
READ MORE 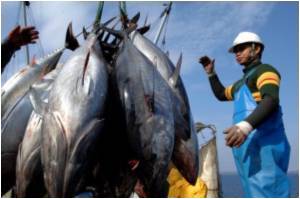 Fish-oil Tablets may Not Enhance Brainpower in Children
Fish-oil tablets may not be of any use in enhancing children's brainpower, a study has revealed.
READ MORE