Study Finds Disparities in Life Expectancy Between Blacks And Whites 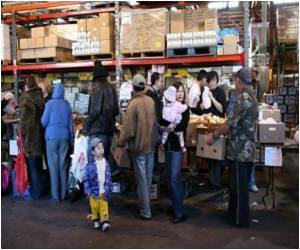 A study by UCLA researchers have found disparities in life expectancy between blacks and whites living in the U.S. The study has found that white males live about seven years longer on average than African American men and that white women live more than five years longer than their black counterparts.

But when comparing life expectancy on a state-by-state basis, the researchers made a surprising discovery: In those states in which the disparities were smallest, the differences often were not the result of African Americans living longer but of whites dying younger than the national average. And, interestingly, the area with the largest disparities wasn't a state at all but the nation's capital, Washington D.C.

The findings are published in the February issue of the peer-reviewed journal Health Services Research.


"In health-disparities research, there is an assumption that large disparities are bad because vulnerable populations are not doing as well as they should, while areas with small disparities are doing a better job at health equity," said Dr. Nazleen Bharmal, the study's lead researcher and a clinical instructor in the division of general internal medicine and health services research at the David Geffen School of Medicine at UCLA. "In our study, we show that the reason there are small disparities in life expectancy is because white populations are doing as poorly as black populations, and the goal in these states should be to raise health equity for all groups."
Advertisement
The data on which the researchers relied included both health-related and non-health-related deaths, such as murder and accidents. The findings, however, still highlight the need to improve the health of the nation's African Americans, the researchers said.

The research team studied death-certificate data from the U.S. Multiple Cause of Death for the years 1997�. The data covered 17,834,236 individuals in all 50 states and the District of Columbia. The researchers noted race/ethnicity, sex, the age at death and the state where each subject was born, lived and died.

Overall, the national life expectancy was 74.79 years for white men and 67.66 years for black men. Among women, the average life span was 79.84 years for whites and 74.64 for blacks. In every state, gaps were narrower between women than men.

States with the largest disparities

In addition to Washington, D.C., the states with the largest disparities between white and black men were New Jersey, Nebraska, Wisconsin, Michigan, Pennsylvania and Illinois; in these states, the gap was greater than eight years because African American men's lives were shorter than the national average for black men and white men's life spans were equal to or greater than the national average.

For women, the states with the largest disparities in longevity were Illinois, Rhode Island, Kansas, Michigan, New Jersey, Wisconsin, Minnesota, Iowa, Florida and Nebraska, where the difference between black and white women was more than six years. White women in these states lived longer than average, while black women had average or lower life expectancy.

States with the smallest disparities

In addition to New Mexico, which had the smallest disparities, eight other states had black-white disparities of less than six years among men: Kentucky, West Virginia, Nevada, Oklahoma, Washington, Colorado, New York and Arizona.

Among women, the states with the smallest differences were New Mexico, New York, West Virginia, Kentucky and Alabama  each with disparities of less than four years. These smaller disparities were the result of black women being longer-lived than average and whites being shorter-lived.

Fifty-eight percent of African Americans live in 10 states: New York, California, Texas, Florida, Georgia, Illinois, North Carolina, Maryland, Missouri and Louisiana. Eliminating the disparities in just these states, the researchers said, would bring the national disparity down substantially. For instance, eliminating the disparity in Florida alone would reduce the national disparity from 7.13 years to 6.63 years for men and from 5.20 years to 4.74 years for women.

Because disease prevention and health promotion efforts identify and monitor magnitudes in disparities, these findings could point to new ways that government agencies can track and measure differences in health outcomes, the authors write. Also, the researchers feel that these differences in life expectancy should be considered when funding health programs at local and national levels. Finally, they write, state governments should consider these differences in black-white longevity in formulating health policy, given that coverage through health programs such as Medicaid varies widely among states.

There are some limitations to the study. Among them, the researchers did not account for population changes during the years covered in their analysis, though, they said, it is doubtful such changes would alter the overall findings. Also, they did not consider the tendency of people to move from place to place, which could influence health. They also could not use data from 11 states, but those areas had such small numbers of African Americans that the estimates would not have been reliable.

Also, the study covered all causes of mortality, including murder and accidental deaths. Going forward, the researchers plan to investigate disparities in life expectancy by cause of death.

Life Span (or) Death Clock
Calculate how many more seconds have you got to live. An interesting reminder for us to live these ....

Success Story About Life Expectancy
Due to better quality of life and better health care, life expectancy is increasing all the time....