Based on findings from a household survey of US teenagers, psychologists found one in 12 adolescents have such a short temper that they could be suffering from IED - intermittent explosive disorder.

The condition is typically characterised by persistent and uncontrollable anger attacks.

The study, based on a household survey of 10,148 young teenagers in the US, found that nearly two thirds had a history of anger attacks involving real or threatened violence.


It also found that one in 12 met with the strict criteria for a diagnosis of IED. Across the US, that would equate to almost six million individuals.

IED, recognised as an impulse control disorder, usually begins in late childhood and persists throughout the middle years of life.

To be diagnosed with IED, a person must at any time in life have had three episodes of "grossly out of proportion" impulsive aggressiveness.

For the new study a more stringent definition of IED was used which ruled out other mental disorders contributing to angry outbursts.

The research also indicated that IED was not being treated properly.

Although 37.8 percent of teenagers with the disorder obtained treatment for emotional problems, only 6.5 percent were specifically given help with anger management.

"If we can detect IED early and intervene with effective treatment right away, we can prevent a substantial amount of future violence perpetration and associated psychopathology," the Telegraph quoted Lead researcher Professor Ronald Kessler, from Harvard Medical School in the US, as saying.

The study was published in the journal Archives of General Psychiatry. 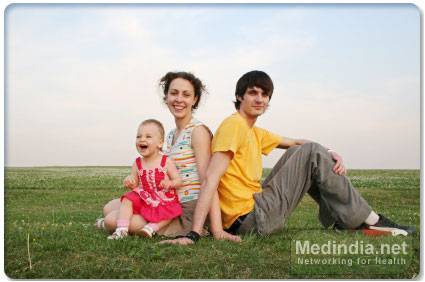 Role Models for the Young
A role model is one who has the ability to influence lives, values and lifestyles. The media sends confusing signals to the young on role model behavior.
READ MORE