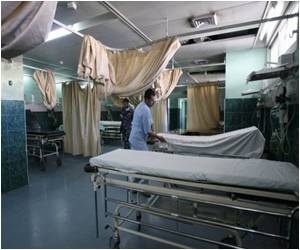 Suggesting they may help to save the lives of NHS patients is new research into controversial pay-for-performance schemes.

A "significant" fall in mortality rates for certain conditions emerged in a study into the use of incentives at hospitals in the North West of England.

Gaps in the Indian health care sector can be bridged with inherent strengths, holistic approach and wide range of remedies of Department of Ayurveda
Advertisement

Economists and health experts from the Universities of Manchester, Nottingham, Birmingham and Cambridge examined how the introduction of a scheme that paid bonuses to hospitals based on measures of quality affected the delivery of care.


The initiative was found to be associated with a saving of almost 900 lives over 18 months.

Lead author Matt Sutton, Professor of Health Economics in The University of Manchester's Institute for Population Health, said: "Researchers have generally concluded that paying bonuses to hospitals for improving quality of care does not affect patient health.
Advertisement
"We examined a unique initiative in which a bonus system from the US was adopted only in North West of England. We found that while research has shown the US scheme had no effect on patient health, the same scheme in the NHS did and resulted in 890 lives being saved during the 18 month scheme."

The research team suggests a number of reasons for this:

The research focused on Advancing Quality, a scheme introduced in 2008 at all 24 NHS hospitals providing emergency care in the North West.

The first of its kind in England, the initiative required each hospital to submit data on 28 quality measures concerning five clinical conditions. The researchers examined mortality rates for three of these five specified clinical conditions - pneumonia, heart failure and myocardial infarction.

They compared the figures for in-hospital deaths within 30 days of admission in the 18 months before and after the scheme's introduction.

The combined decrease for all three conditions was 1.3%, the equivalent of a 6% relative reduction - or some 890 lives. The study concludes that the possibility of incentives having a "substantial" effect on reducing deaths in NHS hospitals cannot be ruled out.

She said: "Pay-for-performance schemes are being widely adopted, yet until now there's been little evidence that they improve patient outcomes.

"Our findings suggest they can make a positive and significant difference but that, whether they do so, depends very much on how they're designed and implemented."

Performance-related bonuses totalling £3.2m were paid out at the end of the first year, with a further £1.6m following six months later. It was agreed from the outset that the money would be allocated to top-performing clinical teams to invest in further improvements in care.

In total, information for nearly a million patients - including more than 134,000 at the hospitals that took part in the scheme - was examined.

A nationwide pay-for-performance system based on withholding payments rather than paying bonuses now operates at all NHS hospitals.

Professor McDonald added: "These schemes can seem very simple on paper, but in practice they can be very difficult to implement successfully."