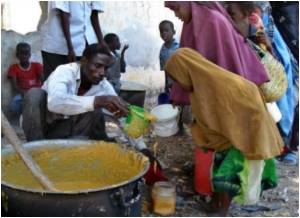 Most of older adults who visit emergency departments are either malnourished or at risk for malnutrition, but not because of lack of access to health care, critical illness or dementia.

Despite clear signs of malnutrition or risk of malnutrition, more than three-quarters had never previously been diagnosed with malnutrition, according to the results of a study to be published online in Annals of Emergency Medicine ("Malnutrition Among Cognitively Intact, Non-Critically Ill Older Adults in the Emergency Department").

"We were surprised by the levels of malnutrition or risk of it among cognitively intact seniors visiting the ER, and even more surprised that most malnourished patients had never been told they were malnourished," said lead study author Timothy Platts-Mills, MD, of the University of North Carolina Department of Emergency Medicine in Chapel Hill, N.C. "Depression and dental problems appear to be important contributors, as is difficulty buying groceries. Given that seniors visit ERs more than 20 million times a year in the U.S., emergency physicians have an opportunity to screen and intervene in ways that may be very helpful without being very costly."


Of patients age 65 and older, 16 percent were malnourished and 60 percent were either malnourished or at risk for malnutrition. Of the malnourished patients, 77 percent denied have been previously diagnosed with malnutrition. Malnutrition was highest among patients with symptoms of depression (52 percent), those residing in assisted living (50 percent), those with difficulty eating (38 percent) and those reporting difficulty buying groceries (33 percent). Difficulty eating was mostly attributed to denture problems, dental pain or difficulty swallowing.
Advertisement
In this study, nearly all (95 percent) of patients had a primary care physician, nearly all (94 percent) lived in a private residence and nearly all (96 percent) had some type of health insurance. More than one-third (35 percent) had a college education.

Malnutrition is defined as lacking "adequate calories, protein or other nutrients needed for tissue maintenance and repair."

"For patients who report difficulty buying groceries, Supplemental Nutrition Program, Meals on Wheels, Congregate Meals Programs or community-based food charities can be helpful, although other factors may also need to be addressed," said Dr. Platts-Mills. "The growing role of the emergency department as community health resource makes it an essential place for identifying and addressing unmet needs of older adults. Implementation of oral nutritional supplementation is inexpensive and may reduce overall costs by accelerating recovery from illness and reducing readmissions."

Source: Eurekalert
Advertisement
<< Too Much Exercise can be Dangerous
Nearly Half of Women at Risk of Preterm Birth Do Not Receiv... >>