Study Explains That Circumcision Would Not Prevent HIV in Gay Men 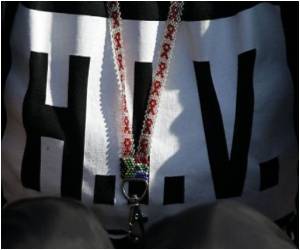 Circumcision in gay men would have little effect on reducing HIV incidence, according to a new US study.

Circumcision is thought to reduce the risk of HIV transmission by removing cells in the foreskin that are most susceptible to infection by the virus.


Clinical trials conducted in Africa have found it reduces the risk of HIV in heterosexual men, yet there is little evidence that it can reduce transmission among American gay men.


The study by the University of Pittsburgh Graduate School of Public Health, was based on surveys of 521 gay and bisexual men in San Francisco.

Findings indicated that 115 men (21 percent) were HIV-positive and 327 (63 percent) had been circumcised.

Of the remaining 69 men (13 percent), only three (0.5 percent) said they would be willing to participate in a clinical trial of circumcision and HIV prevention, and only four (0.7 percent) were willing to get circumcised if it was proven safe and effective in preventing HIV.

The researchers extrapolated these findings to the entire gay and bisexual male population of San Francisco, an estimated 65,700 people, and determined that only 500 men would potentially benefit from circumcision.

"Circumcision in the U.S. already is very common, making it applicable to a limited number of men as a potential HIV prevention strategy in adulthood," said Dr.Chongyi Wei, study author.

"Our study indicates that any potential benefit may likely be too small to justify implementing circumcision programs as an intervention for HIV prevention," he added.

The study was presented at the XVIII International AIDS Conference.

African States Call for UN Ban on Female Circumcision
A two-day conference has been convened by lawmakers from 27 African countries in Dakar to push for ....

Southern Africa in Circumcision Drive to Curb AIDS Spread
Thomas Mukone wonders exactly how he would tell his wife that he wants a circumcision at age 41, ......