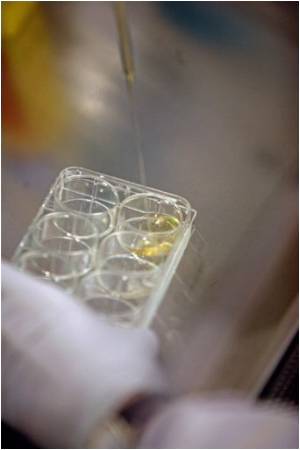 SLE is an autoimmune disease with "myriad immune system aberrations" characterized by diverse clinical conditions, including LN, a leading cause of morbidity and mortality for patients with SLE.The beneficial results were reported in a study by Taiwanese researchers published in the current issue of Cell Transplantation (20:2), freely available on-line at http://www.ingentaconnect.com/content/cog/ct/.

According to corresponding author Dr. Oscar K. Lee of the National Yang-Ming University School of Medicine, MSCs have been shown to possess immune-modulatory capabilities and can alleviate immune responses by inhibiting inflammation as well as the function of mature and immature immune system T cells. Seeking to explore the therapeutic effects of uMSCs in treating LN, their study transplanted umbilical cord blood-derived stem cells into mice modeled with systemic immune diseases closely resembling SLE in humans."We found that uMSC transplantation markedly delayed the deterioration of renal function, reduced certain antibody levels, alleviated changes in renal pathology and the development of proteinuria - the presence of excess protein serum in the urine and a sign of renal damage," said Dr. Lee. The positive difference in survival rate for mice treated at two months of age compared with mice treated at six months of age, led the researchers to conclude that early uMSC transplantation may be most efficacious. The researchers also deduced that their findings favored the use of allogenic (other-donated) rather than autologous (self-donated) MSCs for SLE treatment, which would make sense with an autoimmune disorder."The therapeutic effects demonstrated in this pre-clinical study support further exploration of the possibility of using uMSCs from mismatched donors in LN treatment," concluded Dr. Lee."The ability of uMSCs to reduce inflammation means that they are likely to be of use in the treatment of autoimmune disorders and this study supports that reasoning and, in this case, also advocates the use of non-self cells," said Dr. David Eve, associate editor of "CELL TRANSPLANTATION" and an instructor at the University of South Florida Center of Excellence for Aging and Brain Repair.

Exomphalos is a birth disorder in which the abdominal contents herniate into the umbilical cord through the ...