All biological stages, from the presence of slight dysplasia to carcinoma can be seen in the intraductal papillary mucinous neoplasms (IPMN).

As one of the few surgically curable pancreatic tumors, accurate preoperative prediction of malignancy remains one of the major issues in the optimal treatment of IPMNs, and it also influences the outcome of the resection.

A clinical research article to be published on August 28, 2009 in the World Journal of Gastroenterology addresses the role of multi-detector row computed tomography (MDCT) in predicting malignancy of IPMNs preoperatively. The research team led by Prof. Wang DB from Ruijin Hospital of Shanghai Jiao Tong University School of Medicine recruited a total of 20 patients with pathologically-confirmed IPMNs in their study. Axial MDCT images combined with CT angiography (CTA) and multiplanar volume or curved reformations (MPVR or CR) were preoperatively acquired.


The pathological study revealed 12 malignant IPMNs and 8 benign IPMNs. The diameters of the cystic lesions and main pancreatic ducts (MPDs) were significantly larger in malignant IPMNs compared with those of the benign IPMNs. The combined-type IPMNs had a higher rate of malignancy than the other 2 types of IPMNs. Tumors with mural nodules and thick septa had a significantly higher incidence of malignancy than tumors without these features. Communication of side-branch IPMNs with the MPD was present in 9 cases at pathologic examination. Seven of them were identified from CTA and MPVR or CR images. From comparison with the pathological diagnosis, the sensitivity, specificity, and accuracy of MDCT in characterizing the malignancy of IPMN of the pancreas were determined to be 100%, 87.5%, and 95%, respectively.

MDCT with CTA and MPVR or CR techniques can elucidate the imaging features of IPMNs and help predict the malignancy of these tumors.

Pancreatic Tumor Aggressiveness can be Predicted by Blood-Flow Metabolism Mismatch
A blood-flow glucose consumption mismatch that predicted pancreatic tumor aggressiveness has been identified by researchers from Turku, Finland.
READ MORE 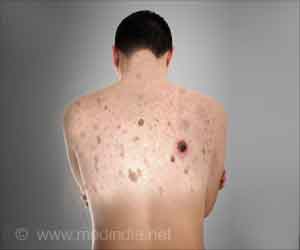 Muir-Torre Syndrome (MTS)
Muir-Torre syndrome is a subtype of Lynch syndrome or HNPCC. It is a rare autosomal dominant cancer syndrome, characterized by neoplasms of the sebaceous glands and visceral organs, especially colon cancer.
READ MORE